I Was Alone With MDS Until I Connected With Others on Social Media | Aplastic Anemia & MDS International Foundation
Skip to main content
Return to top. 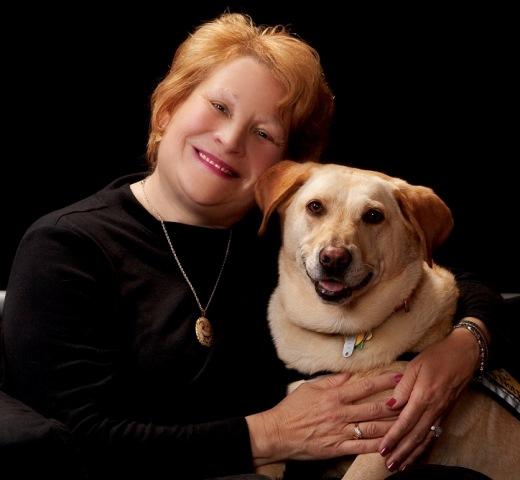 I sat quietly in the oncologist’s office. The doctor confirmed that my diagnosis was MDS and calmly stated, “The average survival term for your kind of MDS is 104 months.” I felt the room spin.

I never have been healthy, and suffered from upper respiratory infections all my life. Kidney and bladder infections plagued me all through college, and I have had a severe hearing loss since birth. I had been diagnosed in 1986 with an IGA deficiency, meaning that I had insufficient immunity although I was treated symptomatically with antibiotics when needed.

In spite of these challenges, I was a consistent overachiever. I earned a master’s in library science and was a librarian for 19 years. I became very interested in sign language and working with the deaf and hard of hearing. In my 40’s, I went back to earn another master’s in rehabilitation counseling plus a doctorate in counseling and human development services. I was a counselor for fifteen more years. I taught at three different colleges as an adjunct faculty member.

My life in 2010 was very full. I was slowly adjusting to the loss of my mother 18 months prior. I had obtained a gorgeous yellow lab, Sita, as my hearing ear service dog and we had wonderful adventures together. This intelligent dog was a rescue, trained in the Ohio prison system. She was taught to “bump” me whenever the phone rang, an alarm sounded, or someone approached me. We traveled all over the country to speak on what Sita does for me. When we were home, we loved walking in the fields and playing together. I had retired with a state pension and was working two part time jobs I loved. One was a counselor in private practice working with children with language and hearing problems, and the other one was teaching at a community college.

The only health problem I was suffering was anemia, and out of caution my family practitioner had referred me to an oncologist. I was not worried, because I had a tough winter with many upper respiratory infections. The research I did never suggested that my IGA immune deficiency would lead to cancer. I had a bone marrow biopsy and was diagnosed with deletion 5q subtype (del 5q) of myelodysplastic syndrome (MDS). I received alfa epoetin (Procrit®) shots for eight weeks because my white blood cell count was so low. I started a regimen of an oral lenalidomide, (Revlimid®). My oncologist then dismissed me without answering any questions or helping me at all. I left the office in tears and resolved to get another doctor. I knew that my life was going to change drastically, but never comprehended how much.

I switched to another oncologist at the Aultman Cancer Center who was much better than my first. She was positive and I sensed she would fight along with me to survive. My white blood cell counts increased from injections and I continued taking  lenalidomide. I was naïve in thinking lenalidomide would not have side effects because it was oral administration instead of IV. Boy was I wrong!  Little by little, the doctor helped me through the side effects, including the raging diarrhea, nausea and problems with my balance. What I was totally unprepared for was the fatigue. There is no way to explain this kind of fatigue. It is more than being tired because it is constant and never goes away. This forced me to quit my job at the private practice, but I continued to teach.

Also my hearing loss dropped drastically, from the severe to profound range. I had looked carefully at the literature, but nowhere was this mentioned as a possible side effect of lenalidomide. As I researched more, I discovered that it is a derivative of a thalidomide drug. These drugs are called “ototoxic”, meaning poison to the ears. I began to use stronger hearing aids and a transmitter, but I still missed a lot of conversations.

I truly was lucky because lenalidomide usually works for about two years before its effectiveness begins to decline, and I had been on it for six years (May 2010 to June 2016) before it stopped working! My new oncologist referred me to Case Western Seidman Medical Center for a second opinion, but they felt the doctor I had (who had trained there) was all I needed. They additionally suggested the bone marrow transplant option. Later, I went to the Ohio State Walker Center to see if there were any treatments with less side effects than what I had with lenalidomide. They suggested clinical trials, but as it turned out there were no clinical trials I was eligible for -- and I was hesitant to take that step until I knew how I would do on other drug regimens I had not yet tried.

I had bone marrow biopsies every six months, and finally the news came that I was getting worse. A bone marrow biopsy confirmed our fears, as my blast count exceeded 5%. But my doctor stated that I was still far from progressing to leukemia. She took me off lenalidomide, for a new drug, azacitadine (Vidaza®). These two shots to either the arms or the stomach for 5 days every month would result in additional serious side effects. She also advised that I quit teaching part-time because of the exposure to infection.

This adjustment to azacitidine was a nightmare as I experienced more diarrhea, fever, pain and swelling at the injection sites. I also developed esophagitis with ulcerations. Muscle aches are common side effects. But I stuck it out and slowly my situation improved!

I still wanted to work and now realized that I could write when I felt good. I had previously written some articles, but now had more time. I began to write articles for a great magazine called Cure and through them I found AAMDSIF.

Today, I am still on azacitadine. I have learned there are more new clinical trials out there for MDS which are working for other patients. I am now approaching the survival benchmark mentioned by the first doctor, but am determined to beat it.

My treatment facility, Aultman Medical Center, has outstanding physicians, oncology nurses and staff. However, what I am disappointed about is that they do not have navigators for MDS.  I am on Aultman’s Patient Advisory Committee and I have urged the administrators to give every patient a navigator. It is very much needed for patients who feel alone, overwhelmed by their diagnosis and dealing with the complexities of the medical system. I did not personally know one other person who has this disease. Now, I am delighted to find through social media that there are many others.

I feel sad when people ask me when I will be done with treatment, and I tell them never. I am on it for life. Yet I know I have it much better than some other MDS patients. Yes, the changes in my life have all impacted me severely. On the other hand, I have met so many incredible people through my MDS journey from my wonderful doctor, to the caring oncology nurses and staff, to other courageous patients. I leave you with a quote. The great philosopher Nietzsche said, “He who has a “why” to live for can bear with almost any “how.” If you find a WHY, you will discover a HOW. Find your purpose and never give up hope.