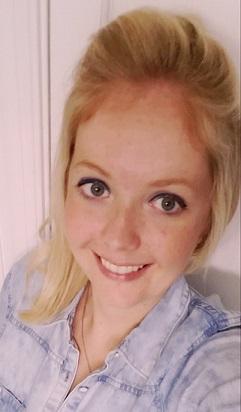 In the summer of 2014 I noticed ongoing bruising all over my body. At first, I thought it might have to do with my diet (low iron), but soon I noticed a new kind of mark on my skin, almost having a bulls-eye appearance. By end of summer I knew I had to do something about this.

I went to my primary care doctor who ran a CBC (complete blood count). The office called back right away saying all my blood counts were extremely low, which came as quite a shock. I was immediately referred to the Minnesota Oncology Center. At this facility, I also had the first of several bone marrow biopsies, and the samples were then sent to Mayo Clinic in Rochester, Minnesota for evaluation.

It took almost 3 weeks for a conclusive diagnosis to be reached. Although leukemia was initially suspected, I was officially diagnosed with aplastic anemia and PNH on October 23rd, 2014. My blood counts had dropped even further in this 3-week period.

Once the diagnosis was made, my doctor at the Minnesota Oncology Center felt I needed specialized care and referred me to another doctor at University of Minnesota’s oncology clinic, where my diagnosis was confirmed yet again. Once the first diagnosis had been made at Mayo, the subsequent tests and change of my treatment facility happened at a rapid speed.

At the University of Minnesota hospital, I had a PICC line inserted, and was started on the conventional treatment of horse ATG and cyclosporine, which began in early December 2014. Unfortunately, I had several of the possible side effects from ATG treatment – rigors, low blood pressure, fever, nausea/vomiting, mouth sores, and night sweats– all very unpleasant. My doctor had said to me at the time, “ATG treatment is no walk in the park.” In my case, this was a gross understatement. I had two treatments with ATG, that December and then June of 2015. Unfortunately, this treatment had little effect.

The hospital’s bone marrow transplant team evaluated my case, but they opted for further drug treatment, so eltrombopag (Promacta®) given at the highest dose was started to increase my platelet counts. Treatment for PNH, also started in early 2016 at University of Minnesota, was eculizumab (Soliris®) also taken at the highest dose, every 14 days.

In September, I went to the Huntsman Cancer Institute in Utah to see a PNH specialist who spent a lot of time with me and he agreed that eculizumab was the right course of continued treatment. Later my doctor tried to reduce my dosage of eculizumab, but it quickly became clear that this wasn’t going to work. I was reevaluated for a bone marrow transplant, but it was still not an option because my blood counts now really weren’t low enough. In April 2016, my PICC line was replaced with a port.

I was taken off eltrombopag recently because it was causing liver damage. This caused yet another hospitalization in May of 2018. As it stands now, I have routine blood draws every 12 days.  My platelet count fluctuates between 60,000 to 90,000 and hemoglobin is holding at about 10.0. I have also had several blood and platelet transfusions, but none since being on eculizumab.

I changed doctors after about a year because it was a not good fit in an interpersonal sense. I would encourage other patients to advocate for yourselves and find a doctor that is not only knowledgeable about this rare disorder but sees you as a person and not just a collection of data.

When I was diagnosed, I had several questions -- why did this happen to me, and why now? I had just completed all my professional education and training to work as a marriage and family therapist and was ready to make my mark on the world, but instead it was collapsing around me. I felt like I was in survival mode and would have to fight for my life.  At first, I couldn’t even look at myself in the mirror because my appearance had changed, but more importantly, my spirit had changed.

An experience like this forces me to find a depth of strength that many people may never need to discover. Having a chronic illness changes relationships, for better or for worse. I have experienced the pain of friends/significant others falling away in my life, but on the other hand also I am so grateful for those who are a true presence that walk beside me.

As a patient I know that is not only important to address not only your physical wellness, but your emotional well-being. As a new patient, you may feel a wide range of emotions. Each person’s experience with a rare disease is different. But keep in mind, that you are not just a patient -- you are still you. It’s important to not only take care of ourselves physically, but emotionally as well.

Two years ago, I was able to attend my first AAMDSIF conference that was held in Minneapolis. Because of the connections I made at that conference I now have the honor of serving on their Patient Education Board and the PNH Committee. I am passionate about continuing to be a patient advocate. My goal is to engage with organizations including NORD and the NIH promoting awareness surrounding overall self-care.

My hope is that patients and professionals alike will start and continue a conversation with a collaborative approach to overall health and wellness. Having a chronic illness is not just facts and figures on a sheet of paper. It’s about seeing a person for who they are -- not just as a diagnosis.