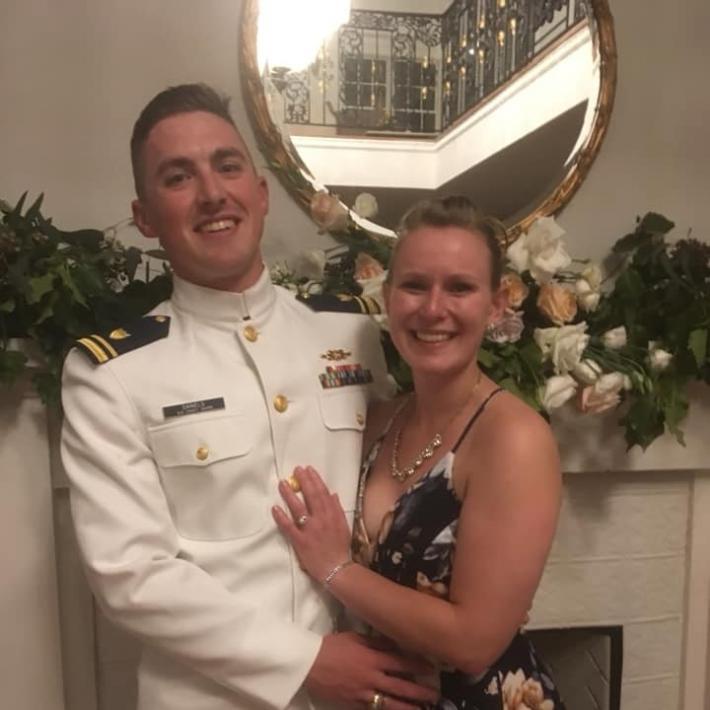 My name is Drew Daniels, and as a child I suffered from Aplastic Anemia. When I was 8, I remember my parents finding bruising on me, but initially thinking it was from just being an active child. I have pretty spotty memories of most of the treatment, my mom wrote an article for AAMDSIF 6 or 7 years ago from the caregiver perspective which highlights my actual treatment much more accurately than I remember. I finished treatment when I was 10, but unfortunately most of my early memories are of my treatment and recovery.  I remember the follow-on treatment much better, as it continued through Middle and High School, and even though it wasn’t extremely prevalent, it was something that was always a part of our routine. Quarterly, then Semi-Annual blood draws to check my counts eventually became yearly checks, which is what they remain.

My memories of earlier parts of aplastic are not much more than quick images that pass through my brain as I try to recall them. I remember being in a hospital, a few trips to the emergency room, and lots of needles. I have more memories of later in my treatment of the horrendous smell of Cyclosporine pills, inhalers at the dining room table, and frequent nausea. No one in the national registry was a match for my bone marrow, nor was anyone in my family, so I underwent ATG therapy. Fortunately for me, this worked, and I was able to recover. I took part in clinical trials at the NIH, but unfortunately I don’t remember what they were for. I know it had something to do with bone marrow, because there were biopsies involved, but that’s about it.

Towards the end of my treatment, I was lucky enough to be selected for the Make-A-Wish program, and a young me got to go to Disney for Star Wars week which was quite the big deal for us. The last part of my treatment that I remember was the sudden removal of my central line (somewhat traumatically) about a week before it was scheduled to be extracted. I remember jumping over the fence in our back yard and catching it on the top, at which point it snapped. My dad was home at the time, so naturally, the temporary fix on the trip to the hospital was duct tape and a chip clip.

After the majority of my treatment was over and I was healthy enough, we got to participate in a few of the camps set up, the two I remember were Camp Sunshine and Victory Junction Gang Camp. Camp Sunshine was the first time that I recall spending away from my parents, which I can only imagine was terrifying for them. Victory Junction is part of a charity run by the Petty family of NASCAR fame, and the only thing I remember from that experience was that somewhere out in the world is a pair of 10-year-old’s sneakers that are signed by Richard and Kyle Petty. After the majority of my treatment was over, my family moved from Monroe, North Carolina to East Haddam, Connecticut, where I started public schooling after having been homeschooled due to the Aplastic treatments and restrictions.
In Middle and High School, I was still following a guidance of “no contact sports” which led me to distance and cross-country running and other activities like music and drama clubs. Starting off was very hard to pick up exercise, as my counts were still in the low end of healthy, but eventually they recovered. I also started to become interested in doing something with my life to help others. This started with volunteering for the Civil Air Patrol, which in turn led to learning about the Coast Guard through friends I met there. We moved to Connecticut at the end of my treatment, and this happened to be the home state of the U.S. Coast Guard Academy.

One of the biggest concerns with attendance and application to the Academy was my medical history. Because of such a significant disorder, we had to do a great deal of research into what could be waived, and what would prevent me from joining. After digging around in a lot of the U.S. Codes, we found out that the timeline the military determined for Aplastic Anemia was a few months shorter than the time that I had been out of treatment, so I was able to request a medical waiver to join. We were a little surprised to find it specifically called out in the manual.

After acceptance, I spent 4 years at the Academy working through a degree in Naval Architecture and Marine Engineering. While I was there, I met my future wife who introduced me to rugby, a much more aggressive and violent sport than I ever thought I’d play. In May of 2017, I received my commission as an Ensign from the President, and proceeded to my first tour as an Engineering Officer onboard US Coast Guard Cutter (USCGC) DILIGENCE, back in my home state of North Carolina.

My current life is not something I would have ever expected when I was in the middle of treatment or even recovering afterwards. My deathly fear of needles (probably onset by a childhood full of IVs…) has become arms full of tattoos. I’ve been in the U.S. Coast Guard for 3 years now, and as part of my job, I have done Search and Rescue, Hurricane Relief missions, Safety of Life at Sea missions, and recently returned from a deployment overseas to the Arabian Gulf. I am currently the Commanding Officer of USCGC YELLOWFIN in Charleston, SC. My wife and I have been married for a little over a year, and are currently in the process of buying our first house. She is also a Coast Guard Officer, and works as an Enforcement Officer at Sector Charleston.

I continue to play Rugby, and while overseas, I started competing in Powerlifting and Strongman competitions, a far cry from middle school gym classes where I struggled to run for more than 5 minutes at a time. I’d be lying if bruises didn’t worry me, and when I have them I follow them daily, hoping that they’ll go away, but it’s a fear that I try not to let dominate my decisions. It took a long time to build up my fitness and it isn’t something I ever plan on giving up. I stay active because I know what some symptoms of Aplastic are, and I think that by staying active I’ll be able to notice them earlier.

Writing this has prompted me to reflect on how long it has been since treatment and how even though I’m almost 15 years symptom-free, it still lingers in the deep corners of my mind, and is something that could change my life again. However, I also know that it isn’t something that I have any control over. What I can control is what I choose to do with my life, and I’ve decided that since I beat the odds, it’s only fair that I give back as much as possible to my community.