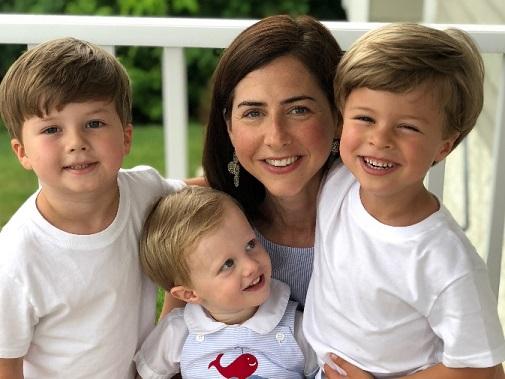 In December 1992, I was an 8-year-old, halfway through second grade, when strep throat and a urinary tract infection just wouldn’t go away. A late-night trip to the emergency room revealed dangerously low levels of platelets, which explained this and the severe bruising all over my body and rashes on my joints. My platelets were under 2,000 and I was supposed to have 250,000.

I was sent to Virginia Commonwealth University Medical Center (VCU) in Richmond, Virginia that night and a few days later l was diagnosed with aplastic anemia. I began daily transfusions as a search for a bone marrow donor began, because a stem cell transplantation was recommended for me.

My parents and three siblings were of course tested first as matches and my older brother, Brendan, proved to be a perfect match. After receiving large doses of chemotherapy and radiation to prepare, I was ready for his bone marrow. Once it was completed, I spent a month in the hospital waiting to see if my body would accept my brother’s stem cells, which it did without incident.

After my transplant, I spent a year and half in isolation at home. I was away from school, being taught the rest of second and third grade by a home-study teacher. My counts were stable, showing no sign that my body would reject my brother’s marrow. I was considered cured from aplastic anemia and was not required to take any medications. My life had completely turned back to normal.

Almost 10 years later, in August 2002, my dentist first discovered a large lump on my neck during a routine dental cleaning and encouraged me to have it examined at my yearly oncology follow up appointment. A year later in 2003, after the lump did not raise concern,  I again brought it to the attention of my oncologist.  It was biopsied and diagnosed as papillary thyroid cancer. The thyroid is sensitive to radiation, and this cancer likely developed because of the treatments received before the transplant 10 years prior.

My thyroid was removed August 15, 2003, and I was about to start college eight days later at The University of Virginia. At this point I had had a horseshoe-shaped scar from ear to ear, a puffy face and no voice, but I managed to begin classes on time. I remember my mother calling my college roommate to tell her the situation. I could have taken a semester off, but it was a point of pride to not be sidelined by this cancer.

My voice returned after a few months and after radioactive iodine pills, I was declared cancer-free. While successfully completing an undergraduate degree and two masters’ degrees in social work and bioethics, I did struggle at various times with what I now know was depression. I began a career as a hospice and palliative care social worker as I felt a special calling to work with patients who were facing serious illness and death.

Despite being told I would likely not be able to have children due to the high doses of chemotherapy and radiation I’d received at age 8, I successfully and surprisingly have had children without any intervention. My husband Richard and I have three boys, ages 6,4, and 2. I am grateful for my continued health daily.