My Life is Making a Difference 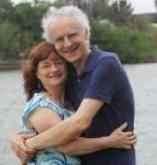 Beginning September 2012, I just wasn’t feeling quite right. I was increasingly fatigued and there were some perplexing bleeding incidents, as well. After many months I experienced partial vision – just little areas of vision that were blank. Internal bleeding in the eyes was causing this, and my eye doctor knew it was serious and even thought it could be leukemia.

I had a bone marrow biopsy, transfusions, and many different tests. At this point they still suspected leukemia. After 4 days of waiting for results, we were disappointed to learn the lab had lost the biopsy sample, so I had to have another one, along with another 4 day waiting period. On March 14, 2013 it was confirmed I did not have leukemia -- aplastic anemia and MDS were now possible diagnoses.  I was hospitalized for a total of 9 days.

Even after I was told I probably had aplastic anemia or MDS, it was not explained to me how serious it was.  But my family had looked it up and knew it wasn't better than having leukemia. When I got home, I told some of my neighbors about my diagnosis. They were both shocked. One's father had died of aplastic anemia and the other's father-in-law had died of it too!

My blood counts kept decreasing and I was back in the hospital. Transfusions provided temporary stability, but not for very long. We were trying to connect with the MD Anderson Cancer Center in Houston, with no real headway made. At this point I knew I had to find out more on my own, and I immediately found the AAMDSIF website, from which I learned about the regional patient conferences, and best yet -- the one in Houston was the very next weekend.

Even though I wasn’t feeling well, I knew I had to go. I went to the aplastic anemia sessions given by experts from the National Institutes of Health (NIH). After I heard the presentation, I wanted to see if I qualified for any of their research studies. After the conference, I was back in the hospital for a third time. My husband had already made contact with the research nurse at NIH and had gotten the information we needed to qualify for a trial. That night in the ER we knew I had to get into the program as soon as possible, because I wasn’t getting the right treatment here at home.

Just 3 days after the conference, I went straight from the hospital to NIH to be evaluated for admission to an eltrombopag clinical trial. There, after another bone marrow biopsy I was diagnosed with very severe aplastic anemia and was immediately accepted because I met the guidelines for inclusion. Five days later, I was given ATG treatment followed by eltrombopag and cyclosporine. All of this was slightly complicated since I’m allergic to transfusions and I showed signs of being allergic to the ATG. I was thankful not to get serum sickness as a side effect of ATG.

Fortunately, we have friends living near NIH in Maryland, so I was able to remain in the area and go to NIH twice a week for transfusions. Over the course of the next few weeks my red cells and platelets began to respond. By the end of May, I had my last red cell transfusion and by early June had my last platelet transfusion. One side effect of treatment with cyclosporine is increased risk of skin cancer and this happened to me, so I was treated near NIH. (About a year later I developed another skin cancer and had it removed locally.) By my 3-month checkup, I was showing signs of a complete response to the treatment and I returned home.

When I returned to NIH for my 6-month check-up in November I was told I had had a complete response to the treatment and medications. I was taken off all meds but soon after I began to relapse and had to be put back on cyclosporine to help keep my platelets up. I follow up annually at NIH – visits that aways include a bone marrow biopsy.

I remained on cyclosporine up until February of this year, when I began a new clinical trial using sirolimus. Through the eltrombopag study I was part of, they found that treatment works best if it begins at the same time as the ATG/cyclosporine standard therapy.

I was very happy to be considered for the new NIH trial using sirolimus. The purpose is to evaluate and compare the usefulness of sirolimus (Rapamune®) in preventing aplastic anemia from returning after cyclosporine has stopped. I definitely wanted to be a part of this. So I’m now off cyclosporine and on sirolimus for just 3 months and my progress and blood counts are being closely watched locally and by NIH.

One gratifying part of this journey has been encouraging others who are facing serious illness, even aplastic anemia.  I was put in touch with another recently diagnosed patient who was having difficulty in obtaining local treatment. Because I shared my story and information about NIH, she pursued the possibility and was also accepted into a study at NIH earlier this year.

I've now shared my story with many people. And they are always amazed by how things worked out for me. It gives them hope. This is why I decided to do this new trial with NIH. It's not just for me. My life is giving others hope. My life is making a difference.