From Patient to PhD Candidate 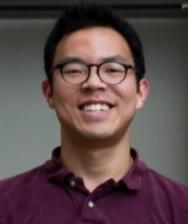 When I was 13 years old, I was diagnosed with severe aplastic anemia. Doctors told my parents that I had six months to live unless I could find a matching stem cell donor. In Korea, where I’m originally from, much less was known about aplastic anemia than is the case today and the only treatment option given to patients was bone marrow transplant.

Unfortunately, no potential donors were located and as a desperate measure, my family looked elsewhere for alternative treatment options. We were able to contact a renowned pediatrician in Japan, who suggested immunosuppressive therapy.

The next few days were like a vivid dream. I was transported to the airport by wheelchair (my blood counts were so low, I could have fainted at any moment). We made the two hour flight to Japan, and at the hospital I was assigned to an isolation room where everyone had to wear a mask, shoe covers, sterile gowns and gloves to visit.

I spent almost a full year living in the hospital in Kyoto, Japan. I didn’t know a word of Japanese, but people were very kind and it soon felt like home. My body responded well to the extensive treatment with horse ATG and cyclosporine and upon leaving the hospital in 2001, my uncle, a doctor in Houston involved in cancer research, invited me to be his house guest.

My first months in the United States were only a little less isolated than in the Japanese hospital. But after a year of regular evaluation, my U.S. doctors concluded that my blood counts had stabilized and that I was free from aplastic anemia.

Over the next five or six years, I settled on a career path I wanted to explore. I’d always been interested in medicine and science, but my personal experience in fighting aplastic anemia certainly had an additional influence and impact on my decisions.

I now have a master’s degree in biomedical research, working at the Washington University School of Medicine in St. Louis, and am a candidate for a PhD degree in molecular biology. The lab I am working in for my thesis project studies acute myeloid leukemia (AML).

I am particularly interested in the gene that has an essential role in the hematopoietic differentiation pathway. This gene is often mutated in AML patient genomes, and this mutation is responsible for malignant reduction of blood lineages. Thus, understanding its molecular mechanism in healthy bone marrow function will allow better diagnosis and treatment option for patients with leukemia and bone marrow failure.

In 2015, I attended an AAMDSIF patient conference in Chicago because I was interested in the latest research and treatment options for aplastic anemia and MDS. After realizing there are over 100 aplastic anemia patients living in the Saint Louis area but there was no support group for those patients and their caregivers, I decided to initiate a support group as part of AAMDSIF’s Community Connections program.

It was not easy to spread the word to reach out to current aplastic anemia patients, but I got to know several medical scientists here at Washington University who are closely associated with AAMDSIF. I believe in the near future I will be able to organize meetings and be proactively involved in supporting aplastic anemia patients in the Saint Louis area.

Won invites St. Louis-area patients to contact him at wonkyunkoh710@gmail.com.

A Story of Hope Starts a Friendship and a New Career

Right after my story was originally published here in June of 2016, I received messages from a few people around the country telling me their own story and how my story had motivated them to continue their treatments and keep up the fight.

One of them was Kensley Davis, from California. He had an internship in a local government office, and he was interested in getting into law school. We talked on the phone a few times and found we had a number of things in common. We’re about the same age and he had been diagnosed with aplastic anemia about three years ago, (at a later age than I was). He is currently being evaluated every three months.

A few months later, he began applying to law schools, and I told him about the law program here at Washington University in St. Louis. One concern he had was that he wanted to be near medical professionals with solid experience in aplastic anemia, since he is still in treatment. I let him know that Washington University does have a qualified staff in this regard. I know this because I am working in blood cancer research myself.

Kensley applied and was accepted with full scholarship for three years. We were both thrilled by this news and also well aware of the fact that a former patient and current patient of a very rare disease will be in the same city and going to the same school. When he was invited to visit the campus, we finally met in person and I offered him my place to stay. He will start law school later this year and I strongly believe he is on the way to a rewarding career.