How a Delay in Treatment nearly Cost her Life - Veronica's Story 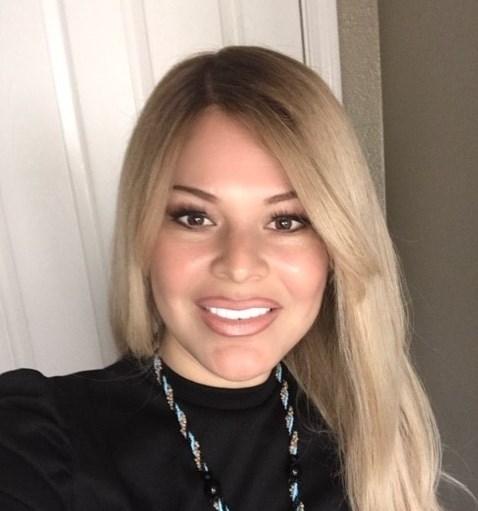 Veronica learned that delaying treatment was not a good idea.

That delay nearly ended her life.

In 2018, Veronica was a busy mom, working full time, leaving the house at 5:30 a.m., returning at 5:30 p.m. She stayed healthy by working and staying active. She is a busy mom of two young children, and all the normal activities of modern life. One day, she thought she caught a bad flu, so she stayed home all week, unusual for her. When she returned to work the following Monday, she was exhausted walking from the car to the office, and to the office to the onsite cafeteria which was five minutes from her desk.  Alarmed by being breathless, she went to see her doctor, who ordered blood work.

The morning after her blood was drawn, she received a call at 6:00 a.m., on the way to the office.  “You’re severely anemic, go now to the ER,” her doctor’s office told her. Her counts were so low that they said, “We’re surprised you can even walk!”

Veronica had the transfusion.  More blood studies were ordered and performed.  Another blood transfusion followed, then another---three transfusions in one week!  She went to see a hematologist/oncologist, who ordered a biopsy, but those labs weren’t taken until six weeks later.

When the bone marrow biopsy results came back, Veronica’s doctor told her over the phone that she had aplastic anemia, but it was hard to understand the doctor’s accent and explanation of this rare disorder. She suggested starting her right away on ATG.  Veronica refused treatment at that time.  She wanted to explore more natural therapies and do more research.

After 6 months Veronica continued to resist the idea of the ATG treatment.  She didn’t like taking any medicine, so she decided to delay treatment until she tried vitamins, supplements, and other remedies.  In spite of her blood levels still declining she refused the ATG medical treatment, she returned to the Emergency Department frequently for transfusions.  At this time she was needing red cells and platelet transfusions.  Her medical team worked with her and had her on a frequent transfusion schedule.  She thought she could heal herself naturally and wanted to do things her way.

Nine months went by as she put off her doctor’s recommendations. She had over 100 transfusions during this time. Then, Veronica developed an infection so severe that she was hospitalized with sepsis as the infection had spread.  She spent five days in Intensive Care during her 25-day stay in the hospital.  She developed pneumonia as well, coming dangerously close to death.

The hematologist/oncologist visited her in the hospital, now recommending referral for a bone marrow transplant. The transplant specialist recommended testing her brother to look for a match while they all waited to see if her condition could improve enough for the procedure.  Even though her brother was not a good enough match, a much better donor was found for her on the bone marrow registry. Still, the procedure could not go ahead until the pneumonia was gone and she was stronger.

Ultimately, in July 2019, Veronica started treatment. She had four days of chemotherapy and one day of full-body radiation to prepare her body. She received the bone marrow transplant on July 12, 2019, feeling blessed and also exhausted.  Her side-effects were not severe, only lack of appetite, fatigue, and hair loss.  She was sure that her prayers and those of her friends and family helped her through treatment. The pneumonia recurred, requiring a PICC line for antibiotics, but she was discharged only six weeks after transplant!

The next three months, Veronica says, were the hardest. She had to stay at a nearby apartment from the hospital to attend her multiple doctor appointments and continued blood tests.  She had to stay indoors and away from exposure to other people and their germs.  When she left the house, she had to wear restrictive masks to protect her from infection.  She was not allowed to eat out or visit movie theaters or places where people gathered for six months. She had lost so much muscle through the hospitalizations that it took time before she could pick up her small children again.

Yet her family’s support helped Veronica to heal. “My husband was there every day,” she said. Slowly, her strength came back, so that six months later she felt “normal” again. Having had so many transfusions created iron overload, which had to be monitored carefully. Her family continued to support her through all the post-transplant challenges, which she said helped her to return to good health.

What is Veronica’s advice to other patients?  She now says, “I recommend that you research and educate your-self as much as you can on aplastic anemia.  Don’t delay your treatment as it could get worse. The only cure is a bone marrow transplant.”

Because she learned that and that having faith and family support was essential to her recovery, she encourages patients and families to lean on each other and on their faith to get through all the hard parts.

She says that you need to stay positive. “Rely on friends, family, and prayer to support you as you go through treatment, and you will make it through!”