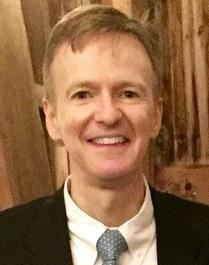 The first indication that something was wrong came with a routine blood test. Lots of H's (high) and L's (low) dotted my CBC (complete blood count). My primary care provider said it probably was ‘nothing’, but I might want to follow up with a hematologist just to be sure.
I was thirty-nine, a husband and father of three girls. I was an avid runner who ran 10k races, half marathons and full marathons. I had a healthy diet, didn't drink or smoke. I wasn't supposed to be sick. I thought it was all a terrible mistake.

I was convinced the hematologist would have a simple answer for what was clearly a medical mix-up. I couldn't possibly be sick; I felt great.

Unfortunately, the hematologist didn't have good news. That was when I was introduced to those three letters that have forever changed my life ... MDS. He told me what it meant, that we caught it early and that I was much younger than most people who have it. He told me I had a serious illness, that it was progressive and the only cure was a bone marrow transplant.

For now, I'm responding to an experimental drug. I try not to think about what comes next. What happens when this miracle drug stops being miraculous? When my body stops responding to it, what then? More transfusions? More chemotherapy?
A bone marrow transplant?

When you have a life-threatening disease, you consume everything you can about that disease. When I heard about PACCT+ via the AAMDSIF newsletter, I was in the middle of a clinical trial and I thought I might be able to shed some light on the clinical trial process from a patient's perspective. I feel those developing clinical trials would benefit greatly from patient input. I can’t imagine developing a clinical trial without it.

The PACCT+ orientation was something special. I had the pleasure of meeting others who have been touched by MDS. Some were at the same place on their journey, while others have had transplants and have come out the other side -- not unscathed, but alive. I saw hope in their eyes. I heard them speaking about their diseases in the past tense. For the first time I had hope that I would one day say, ‘I had MDS’.

As an MDS patient and PACCT+ participant, I hope to use my clinical trial experience to help others develop more effective clinical trials. I feel patient input is going to change the face of clinical trials as well as for other diseases. This is just the beginning and I’m thrilled to be a part of it.