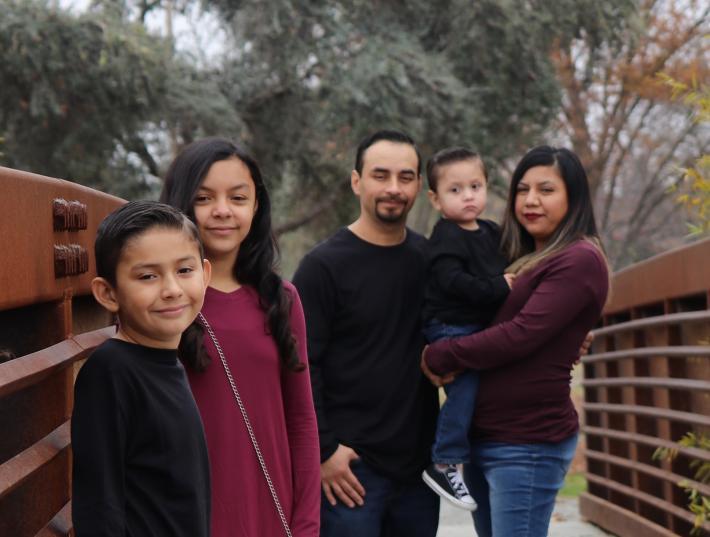 This new series will follow Stacy as she navigates the world of bone marrow failure disease.  We’ll release each new chapter as she shares what she experiences. Watch for announcements and updates!

My name is Stacy Bravo I have been diagnosed with a rare disease. I have Aplastic Anemia.

By sharing my story, I’m hoping to make a difference. I want to help others by creating awareness and encouraging everyone to become a donor for blood, platelets, or bone marrow.

When our family took a short trip to Morrow Bay and Pismo Beach. I was so exhausted I stayed in the car while my husband took the kids for a walk on the beach.  At the time, I thought I was exhausted from work plus caring for the kids! Later, I thought I’d walk a little, but I still felt tired and short of breath.

When we returned home, I went to work, but became as short of breath as if I’d run a mile!  From time to time I’d feel dizzy and nauseated too.  I was hoping that I wasn’t pregnant.

Six months earlier, I started waking up with bleeding gums, and I was snoring more than ever before.  I was gaining weight, too.  When I went to the primary care office, they suggested I take a sleep test, but I put that off. As time went on, I became more short of breath. My gums so much bled at night that I’d have to wash my pillowcase every day!

After my exhaustion with the little trip to the beach, I made an appointment with my doctor.  I was hoping I would be feeling better by then.  A simple blood test showed very low hemoglobin counts, so my doctor sent me to the Emergency Department.

At the Emergency Department, they did a Complete Blood Count. They found low white blood cell count, low red blood cell count, and low platelets too! I had never heard of platelets before.  The doctors asked how long I had been feeling this way, and then told me I needed to see an oncologist/hematologist.

I was so scared! I knew seeing an oncologist wasn’t good.  When I followed up with my doctor, she told me that it could me Leukemia---my heart sank, and I cried!

Waiting for the approval for this referral felt like months, but it was only weeks.  When the call came, they told me I needed more intensive care. They referred me to Clovis Community Cancer Center for the treatments.  I cried so hard, I was so scared. What is going to happen to me, my husband, and my kids?  I cried hard every day.

At Clovis, the doctor knew I was nervous about being at a cancer center. Even though she tried to help me feel more comfortable, I saw that she became more concerned when she saw my cell counts and lab reports.  She ordered a bone marrow biopsy and many other labs.

The lab work surprised me. I was really happy it wasn’t cancer, but I had only 20% bone marrow! She told me that at my age I should have 70%.  I saw her on a weekly basis, doing labs each time. She started me on medication, but I had to have another marrow biopsy because the results weren’t definitive.

She wasn’t sure what was going on, but I started needing more transfusions and platelets, up to every other week!  To get the treatments, I had to drive two days in a row to Fresno for three-hour Intravenous Immunoglobulin treatments.  Unfortunately, my body didn’t respond to the IVIG, so she sent me for a second opinion to San Francisco. She wanted to verify the diagnosis of aplastic anemia.