Patient Trusts Her Instincts in Finding the Right Treatment 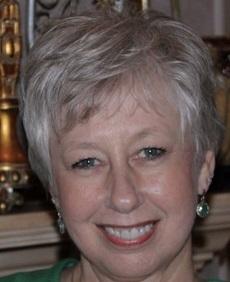 I never thought I would be diagnosed with cancer. I taught exercise classes, walked every day, ate a Mediterranean diet, and paid attention to products I used on my skin.  I became a certified health coach and taught healthy living classes.
But I did get a cancer diagnosis -- a rare blood cancer called MDS (myelodysplastic syndrome). Specifically, it was the Refractory Anemia with Ringed Sideroblasts, (RARS) subtype.  I was scared, mad, confused, and in denial.
When I was first diagnosed in August 2014, my hemoglobin was in the 9’s.  (normal is 12-18) and I had no symptoms.  I just thought I was getting tired on some days because I was getting older.

After my second bone marrow biopsy,  my local oncologist stated that I would get eight weeks of epoetin alfa (Procrit®) injections and that if my counts didn’t improve, he would give me chemotherapy but wasn’t any more specific than that.  He could not tell me the specific type of MDS I had so I decided to go for a second opinion.

A friend of mine suggested the Ochsner Clinic in New Orleans.  The oncologist there did my third bone marrow biopsy, and determined I had the RARS subtype of MDS.  He started Procrit® along with vitamin B12 and B6. Months later I began lenalidomide (Revlimid®) but after six months, no improvement was seen and my hemoglobin counts continued to slowly decline. My local doctor and my doctor at Ochsner agreed that the next step should be azacitidine (Vidaza®). I was scheduled to begin the azacytidine by infusion in August 2016 and continued to be treated locally with Procrit®.

I still had an uneasy feeling about the upcoming azacitidine treatment  -- that it would be only a crutch and not a cure. I felt I should consider other options and treatment facilities. My younger sister Sonya suggested I go to CTCA in the Chicago area (Zion, Illinois) for a third opinion.  So, in August 2016 I sent a letter to my local doctor and the Ochsner doctor telling them of my decision to go to CTCA for a third opinion and to put my current treatment plan on hold.  In September, my husband Wally and I visited CTCA for the first time.  When we entered the foyer of the hospital, there was a lady on the second floor of the foyer playing “Amazing Grace” on a grand piano.  I had read my devotion that morning and it said,” Today, you are marked for a miracle.”

When I first met with my doctor, he explained MDS in detail and he looked at me and paused.  I was going to ask him, “What would you do if I were your mother?” -- but he beat me to it.  He told me “If you were my mother I would prepare you for a stem cell transplant.”  When I first got to CTCA, I started on decitabine (Dacogen®) using a five day/1-hour infusion.  It dropped my white blood cells very low, my red cell count to 6.7 and my platelets to 11.  I had to get blood and platelet transfusions.  It took 40 days for my ANC to get to normal.  Then I took another round of Dacogen® but for only 3 days, with the same results.  Neither round helped to increase my red blood cells, and it took 40 days for my ANC to get back to normal.   Finally, my doctors at CTCA decided to prepare me for a stem cell transplant.

I met with the head of the stem cell unit and he said he wanted to test Sonya (who is just 6 years younger than me) to see if she might be a match. He warned me that the possibility of her being fully matched was only 25%.   She took her blood test in October of 2016. On November 3, 2016 we received the good news that Sonya was a 100% match.  She arrived for her stem cell harvest preparation in December 2016.  She would be given a series of two injections per day to increase the number of stem cells in her body.  My pre-transplant conditioning chemotherapy began in December.

For Sonya’s collection process, members of the treatment team inserted a peripheral line in both arms. They drew blood from the left arm through an apheresis machine which spun off her stem cells into a bag and then pushed her blood back into her body via the line in her right arm. January 3, 2017 was transplant day. I received 7.6 million stem cells from my sister Sonya.  The next 24 days were a little rough at times.  I was weak but had to get up and walk every day and use an exercise bike in my room.  Sometimes I had as many as 12 IV bags on my pole.  During the 30 days in the hospital I had some fevers a few times, and several transfusions.  After transplant, your blood count numbers drop but when engraftment begins, they slowly rise.

I read Bible verses every day and said the Lord’s Prayer to get through any discomfort.  I was able leave the hospital room and return to my own quarters in the hospital on Jan 24th, 2017.  I remained there for the rest of my 100-day stay at CTCA. I returned home to Mississippi in April 2017.  I had to get my blood tested weekly for a while. At first, I went back to CTCA as frequently as every week, then every month. Soon it was 2 months and now it is every 3 months.  Some days I am full of energy and others I am tired.  That is my new normal for now. My advice for anyone facing a transplant is to keep control over your thought process and stay positive and strong emotionally.  Look towards the other side of the transplant and imagine how you will be after. If you are spiritual, be diligent about it.  I said, “Thank you Jesus for my Healing”, a thousand times a day and still do.