Alaskan Goes Home for Treatment and a Fresh Start 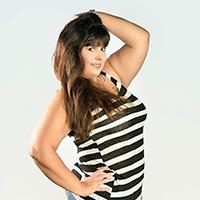 I tell people I'm unique - almost one of a kind. I am 40 years old and have recently been diagnosed with a rare type of MDS having an unusual deletion 12q cytogenetic abnormality, known MDS 12q (-), or MDS 12q minus.  I was diagnosed in February of 2015 at age 38, however my health struggles began several years before that. I had been living in Alaska for nearly twenty-five years. In 2008, I was diagnosed with lymphocytic colitis (also a rare disease for someone of my age). I was referred to a hematologist for the first of many visits because of low blood counts. After multiple visits and many tests, no cause was identified.

In January of 2014, I began having issues with my gallbladder. One night I went to the emergency room.  There, a CBC was ordered along with many other tests and to the amazement of the ER staff, it showed a hemoglobin of 4.3. Before I could leave the ER, I received two units of blood. They refused to treat my gallbladder (even though I was in great pain) until I received an approval from a hematologist.  From that referral, I was required to have multiple weekly tests, blood transfusions and had my first bone marrow biopsy (BMB).

By July of 2014, my hematologist could not figure out what was happening and finally agreed to sign off on the gallbladder removal surgery with certain precautions to be taken. After the operation, he wanted me to continue having blood transfusions every 6 to 12 weeks depending on my numbers. A month later, my gallbladder was removed.  However, I was not satisfied with being told I was going to need the transfusions for the rest of my life without an explanation of why. This simply was not acceptable to me because I knew something was wrong.

In October of 2014, I decided I wanted a second opinion. I began seeing a physician's assistant (PA) and she referred me to a gastroenterologist.  I had tests that were looking for internal bleeding.  By January of 2015, again nothing had been found.

My PA gathered all of my medical records for the last 10 years and sent them to the best oncologist in Alaska for review.  After this review, it was recommended that I have another BMB.  Again, the preliminary findings from this found nothing wrong in my bone marrow.  The samples from the biopsy were then sent for additional evaluation sent to the Fred Hutchinson Cancer Center in Seattle.

I attempted to work full-time until I was written up at work for poor concentration, being easily distracted and receiving excessive personal phone calls (all of which had been from my doctors).  I knew all of these issues were related to my medical condition. I decided to take a leave of absence from work and apply for FMLA and short term disability. All the necessary paperwork was filled out and returned, however it was denied, because it had been completed by my PA, who was not a physician.

In the meantime, I made the difficult decision to relocate to North Carolina. In February of 2015, I sold my house, got rid of most of my belongings and packed everything left into three suitcases.  A week before I boarded the plane back to North Carolina, I got a phone call from the oncologist. It had been determined I had a rare form of MDS and they wanted to send me to Fred Hutchinson for treatment. I told them that I preferred a referral to a doctor in North Carolina because I had a support system there.

My first appointment with my new doctor in North Carolina took place March of 2015 and he completed all of my FMLA and short term disability paperwork. At this point I had been out of work for 8 weeks. Thankfully, I had family to help support me while waiting for my short term disability and Medicaid to begin.

This first appointment was also when my treatments began. I was placed on lenalidomide (Revlimid®) injections for 12 weeks at which point it was determined this treatment was not working. In August of 2015, I was put on cyclosporine, which helped improve my blood counts. A year later in August of 2016, the cyclosporine had become less effective and I was taken off this drug to see how I would respond. Two months later, I took a turn for the worse and was placed back on the cyclosporine.

In February of 2017, I was admitted to the hospital and given ATG treatment along with cyclosporine. Unfortunately the ATG treatment has been ineffective as of this time, and I am still receiving blood transfusions about every 6 weeks.

When I was originally diagnosed with MDS, I was angry and hurt. I wondering "why me?", and "what have I done to deserve this?" Once those feelings subsided, I was scared of the unknowns and worried about treatments and being sick. I spent countless hours researching and praying. I am grateful for having a wonderful team of doctors and a very supportive family.

As therapy for myself and to help my self-esteem, I became a fashion model, something I have been passionate about for several years. I refused to allow this disease to rob me of my normal life. I am pleased to announce that I was selected to run for Ms. Full-Figured North Carolina 2017 this October. I knew upon my selection there was no doubt that my platform would be to bring awareness to MDS. I want to show that, no matter your disability, every person is beautiful inside and out.

My advice to those with MDS is never give up. When you stop fighting, that's when you allow this disease to win. My faith in God has given me the strength to live every day to the fullest.