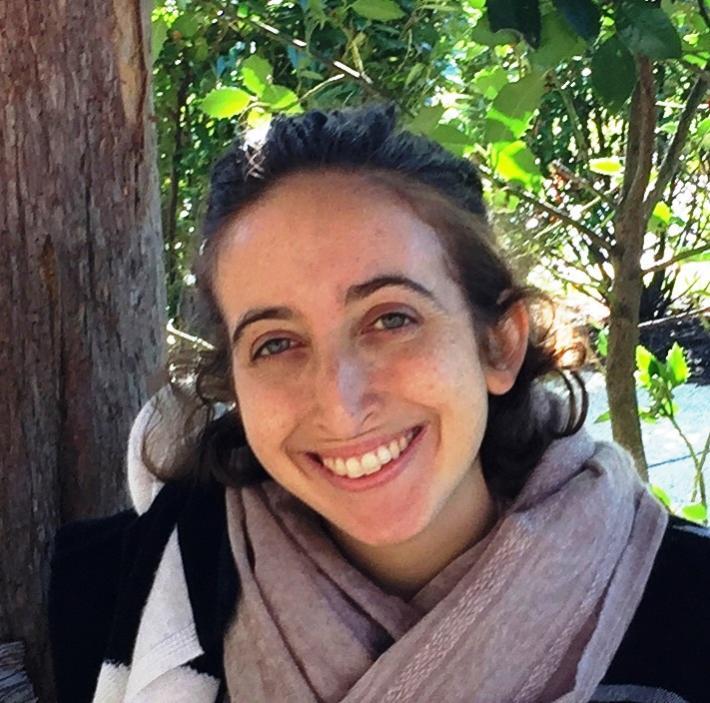 Sarah was diagnosed with Severe Aplastic Anemia in fall of 2015. Shortly after, she began antibody treatment at the NIH. When that did not work, she proceeded to bone marrow transplant in July of 2016. It has been over 5 years since her transplant. In her own words:

The word fatigue describes an exhaustion so severe it can only be medical. No one just randomly says, “I didn’t sleep well last night, I’m so fatigued.” It has to be an ongoing state, something that seeps into your bones, to really be fatigue.

It also sounds vaguely exotic, because it comes basically right from the French language without any changes. If you say “Je suis fatigue” in French, it means, I am tired, but also kind of seems fitting as it almost seems like the sentence would translate to “I am fatigue,” and sometimes fatigue does feel like a more a part of ones’ identity than a transient state.

I also just looked it up and apparently the French word derives from Latin “fatigare,” meaning “to make weary,” which also fits because fatigue, like weariness, seems to go so much deeper than just the physical feeling of being tired, but also feels like a kind of existential exhaustion. Not just tired, but tired of the world being how it is, tired of activities you once found energizing, tired of dealing with a body that won’t do all the things it once did, that yawns as often as it breathes.

I have never exactly been the paragon of energy (my sister made fun of me when I was in college thanks to my proclivity for 9+ hours of shuteye a night), but the fatigue I began to feel when I was, unbeknownst to me, getting sick, was a different beast entirely.

I just assumed that the rigors of my job were finally catching up to me. I was the Communications Director for a New York City Councilmember, a job I had earned by serving the same grueling role on his campaign and which I was excessively proud of. The low pay and long hours were just a fact of life in that legislative body (which has since unionized – go NYC Council legislative staff!), so it wasn’t rare for me to come home late and handle emails long into the evening. The local councilors were often the first point of contact for journalists for comment on any neighborhood news, so press calls could and often did pour in at any hour of the night or morning. I was 25 years old and also trying to keep up some semblance of a social life, so it was perfectly natural to be tired, I thought.

But was it normal to stare at a screen, facing the prospect of writing another mammoth e-newsletter – the kind that had once come easily to me – in pure dread?

Was it normal to try to spend an evening walking around Central Park before going to a friends’ house and becoming so weak with exhaustion as the day faded into purplish twilight that I had to lie down, resting on my boyfriend’s shoulder and staring up vacantly at the sky?

I remember when the Doctor called me in urgently with my blood results and told me I had to go straight to the ER.

But I wasn’t on the floor. I was still going to work, applying for other jobs (I had just accepted a new one), seeing friends. Though in another way I was on the floor—the floor of the subway car, because I had started having to sit down on my busy commute to work and there were often no seats. Not normal.

My relationship with fatigue changed after realizing that it was derived from something specific. Though that’s kind of funny, right? That I needed a medical permission slip to accept how absolutely flat-out exhausted I was. I think so often we ignore the messages our bodies are trying to send to us, assuming we can override them if they don’t make any sense.

After I was diagnosed, I began to allow myself to drift off in the afternoon, sometimes waking up with a thin spool of blood staining the pillow (low platelets = gum bleeding).

After trying antibody treatment, my red cell counts temporarily stabilized but never really recovered, so I was fatigued a lot. (With the brief exception of the week or so that I was on steroids after that initial treatment. Wow, when you are on steroids you feel like you can take on the world in a ragey, scary, laughing hysterically kind of way.) As I made the decision to move to transplant, I started to get excited about the possibility of the full recovery of my energy—of being myself again.

But months after I returned home from the hospital after transplant, my counts having normalized, I was still fatigued. There were so many extenuating factors, it was impossible to determine whether the fatigue was related to transplant or to the antidepressants I now took for anxiety; the preventative antibiotics I remained on; burnout related to my constant state of panic; etc. etc. etc.

I did a lot of googling about fatigue and post-transplant life, in part because I was anxious that it meant some kind of relapse of illness, despite Dr. Antin reassuring me that such a result would be incredibly unlikely, and in part because I had the feeling like the kid in the backseat of the car after the dentist, still on anesthetics: “Is this gonna be forever?”

His ever-practical (and also incredibly helpful) suggestion was to develop a regular exercise routine. Ironically, making time for exercise—which can seem like a burden to fit into a busy life and is the last thing anyone wants to do when they’re fatigued—has been by far the most reliable way I’ve ever found to stimulate energy.

I was in grad school at the time, a choice I made because I felt like diving right back into the chaotic, stressful world of politics might break me in half in my fragile state, while at least in grad school ones’ time, decisions, and the grades that resulted were ones’ own.

Sometimes, sitting in the library, I allowed my eyes to close, exhaustion settling over me like a warm blanket, as I listened to the banter of the undergrads. (“That bar is so full of old people, dude, everyone is like 25!”) But sometimes I’d have a rush of energy and feel so healthy, so normal, that I wondered if the previous few years had been a bizarre nightmare.

The truth is, my fatigue got much better after adopting exercise and resting when I needed rest – but it’s never fully gone away. It comes and goes in waves, and I’ve found that the only thing to do is to let it wash over me.

Even though I worried about my ability to keep up in the high-speed world of political communications, it hasn’t affected my ability to do challenging, fast-paced work. And while I wish I could say I’ve always been a paragon of self-care in the weirdly adrenalized environments of campaigns (not sustainable indefinitely for almost any person), I always prioritized getting a full nights’ sleep, without which – on top of being miserable – I wouldn’t be able to function at my job.

I remember the wonderful social worker in the hospital who always wore impeccable sweater sets saying that bone marrow transplant can feel like investing a year of your life to buy back your old life. In some ways that’s true. But you are also buying a new life—a strange, sometimes beautiful, sometimes fatigued life that doesn’t just reset to how it was, but moves forward on a path that can never quite resume in a straight line from where it began.

To read more of Sarah's blog or to reach out to her, please follow this link: https://5-years-later.com/