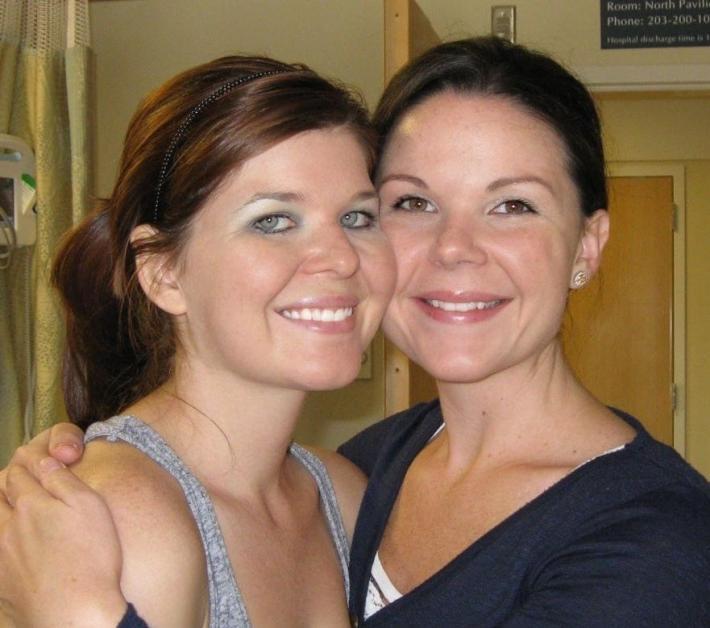 I was diagnosed with Severe Aplastic Anemia on February 1, 2011, just 10 days after being in a car accident and getting staples in my head. This couldn’t have come at a worse time because I was in my final semester at Central Connecticut State University.

Before my diagnosis, I noticed a rash all over my legs (which I later learned was Petechia), and weight loss. I lost 17 pounds in 10 days, but I thought it was part of “biggest loser challenge” at work.  I went to a walk-in clinic because I had cold symptoms, so the doctor gave me prednisone and a z-pack, but also ordered blook work. The next day I had a panicky-sounding voicemail from the doctor who said he had my blood test results and I needed to go to the emergency room immediately. It was a crazy blizzard that day too---he said if I couldn’t drive myself then I needed to call an ambulance.

It was the scariest voicemail I’ve ever received.

That hospital ran more blood work because they thought there was a lab error. When they received the same results, they sent me to another hospital by ambulance for a bone marrow biopsy to check for leukemia. Thankfully, I had severe aplastic anemia, not cancer, but the two have very similar symptoms. It’s hard to tell them apart without a bone marrow biopsy.

Due to my new diagnosis I had to take a medical leave of absence from school and had to quit both of my jobs. In short order I was admitted to Smilow Cancer Hospital at Yale New Haven Hospital for 10 days of ATG treatment, hoping to “re-boot” my immune system.

About a month later, the doctors told me that the treatment didn’t work. The only other option was a bone marrow transplant. My name was added to the donor registry and soon after the hospital called me with the good news that they found a donor, a perfect match!

In late August of 2011, I had my bone marrow transplant and began my journey down the long road of recovery. This road got much longer when I was admitted to the hospital for a month in October to treat Graft vs Host disease. During this month-long stay at the hospital, I was in a lot of pain. I was given a lot of medications that made me sleep most of the time, causing severe muscle atrophy in my legs. Once I was able to finally leave, I had a physical therapist come to my house twice a week to teach me how to re-learn how to do basic things such as keep my balance and walk up and down my stairs. I had to take about 30 pills a day, including insulin thanks to my newly developed Diabetes.

Despite what seemed like a never-ending battle, I was able to finish my bachelor’s degree at CCSU and even made the Dean’s List!  Finally, I was able to work again. I met my donor, Gio, and I keep in touch with him to this day, even attending his wedding.

Now I am SAA free and have a 6-month-old daughter, Madison, who is the love of my life. I have a few lingering symptoms, including dry eyes (I’m not able to produce tears anymore - that’s due to the radiation I received before my transplant). I also have avascular necrosis in my ankle which will require surgery to correct. I’ve already had the same surgery in my left elbow.

I would tell someone newly diagnosed that it is a very long, hard, road ahead but the road eventually ends. Aplastic anemia is a terrible disease, but it’s a curable one. You have to stay as positive as you can and know that things will get better.