2019 update! My Son, the Athlete and Survivor - Sam Thrives Years after Transplant 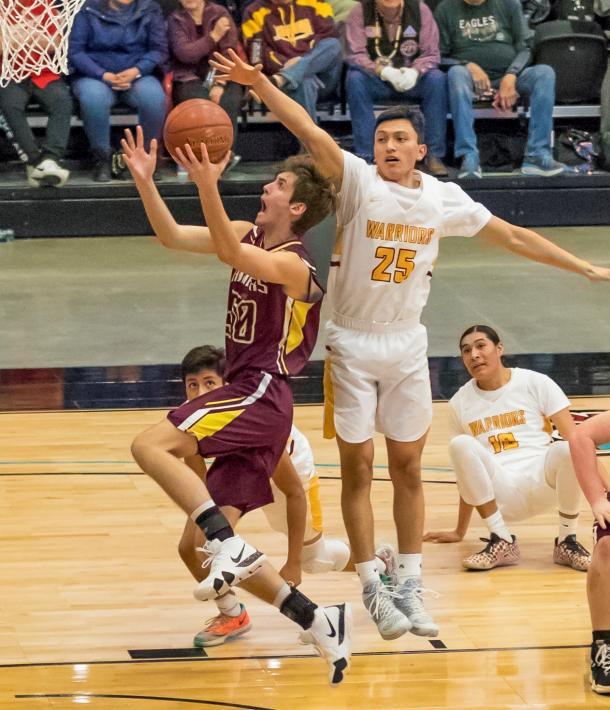 Following 7 ½ years in the wait and watch mode with Aplastic Anemia, it was August of 2016, that a bleeding hangnail sounded the alarms. By October 2019, my son and I were making weekly trips to his hematologist’s office, 5 hours from our home, for blood and platelet transfusions. The weekly transfusions went on for 3 months. Sam was a sophomore in high school and missed 1-3 days of school each week for travel and treatment.

Meanwhile, we were anxiously awaiting word on the work up results for the unrelated donor his doctor selected so a transplant schedule could be set. When we finally received word, it was not what we expected. His donor had failed the workup and was no longer an option. We were reassured and remained hopeful, knowing there were a handful of potential donors for Sam; that another donor would work out. However, that did not make it any easier for me to break the news to my son.
With a nagging reality check that my son’s life is in the balance, it was then through my tears and explanation about the failed donor to Sam, that my then 15-year-old son grabbed me by the shoulders and said, “It’ll be ok. Hey, maybe I will be home yet to play a basketball game this season.” Because of the delay in securing a donor, we were home longer than anticipated. It was one of those Mondays in December, at his hematologist’s office, when Sam got an extra unit of blood and platelets along with the doctor’s blessing for Sam to participate in the first home basketball game of the season the following day. Sam’s coach was gracious enough to allow him to play that game as he tolerated.

The transplant schedule was finally set. The second donor seemingly was an even better candidate than the first as she matched additional markers beyond what the first one did. The three months leading up to Sam’s workup were heartbreaking for me to witness. Sam struggled daily with having enough energy just to make it up steps and would often have to stop walking just to catch his breath or let the lightheadedness pass. We had a scare that required an emergency head CT scan, and one of the first mornings during his workup week, he passed out while he was sitting and waiting for our ride to the clinic. In spite of watching my young athletic son struggle, I was in a constant state of thanksgiving because he did have a donor, and I knew there are too many people who don’t have that hope.

It was one of those workup days as we were sitting in the children’s hospital lobby, I noticed Sam watching other young patients with obvious medical issues. I asked him then, “Do you ever feel like you don’t belong here?” His response, “Always.”

His donated bone marrow arrived for transplant on January 27, 2017, from a young lady in Germany. We were always told how anti-climactic the actual transplant is. I would argue that is the furthest thing from the truth. The utter sense of relief and hope when that bag of marrow came through Sam’s hospital room door are beyond description. I had the absolute honor of releasing the IV tubing to allow the gift of marrow, my son’s only chance at having continued life on this earth, rush into his body to offer a new beginning.

The donated marrow took root in Sam’s body right on schedule and he was able to be discharged from the hospital on Day +17. He did struggle with what the doctors described as an unusually excessive amount of nausea and vomiting that any and all attempts at offering relief seemed to have no effect. But, he was blessed by the fact he did not have even one mouth sore. One of the hardest parts for my son to endure up to this point was losing his hair. I could not convince him that the hair loss is the easy part and it’s only temporary.

By day +34, Sam’s platelet count topped over 75,000. That was a new level we hadn’t seen in him for 6 years! The doctors were extremely pleased with his progress. On Day +46, Sam found a swollen node under his jaw. At that point, his blood work was also detecting the presence of both the EBV and CMV viruses in his body. It was the appearance of both these viruses that detoured Sam’s progress. He had additional scans done, the node was surgically removed and the viruses were aggressively treated with IV antivirals. Because of the treatment for the viruses, he also needed to be weaned off of his anti-rejections meds. Sam was treated for what they call post-transplant lymphoproliferative disease (PTLD). If PTLD is not detected and treated early, it is known to be certain death for transplant patients.

It was during this time that Sam routinely lost 2 pounds on a weekly basis. Going into the transplant, he was 6‘4” and 165 pounds. He lost 30 pounds by Day +98. His platelets, which had reached over 110,000 had tanked again to 17,000. His mood deteriorated on a daily basis. In spite of everything, his doctor claimed Sam had some sort of resiliency that had kept him from being readmitted to the hospital. We were able to go home under the watchful eye of his hematologist.

Though the fight was far from over, it was good for Sam to be in his own bed and see his friends again after being gone for 4 months, missing the entire second half of his Sophomore year of high school.

Sam had a gradual recovery, and he continued to push himself physically with very high expectations of himself with basketball his primary motivation. This did lead to some disappointments for him, but having a love for basketball was a blessing in his recovery, pushing him to regain weight and muscle. Fast forward to Sam’s one year post-BMT, we celebrated quietly, watching Sam on the basketball court again, doing what he loved most. He wanted no mention of “the worst time of his life.”

At Sam’s one year check-up with his bone marrow doctor, a burning question Sam had for his doctor was whether he was cured of Aplastic Anemia. His doctor told him that he can’t say this for all of his patients, but he can say this for Sam, “You are cured. You no longer have Aplastic Anemia.”

Sam continued to work hard in basketball through his Junior and Senior years of high school, though he seemed to be prone to catching bad colds or sinus infections, along with not having the endurance he would like to have. He struggled with deciding what he wanted to do after high school since his goals always revolved around basketball. We would have to wait over 2 years after his transplant, until the last game of his Senior year, to watch him play the game the way he’s always wanted to. It was the best game he ever had where he scored 17 points, including back-to-back-to-back 3 pointers!

Throughout his 10 years of dealing with aplastic anemia and seeing countless doctors and nurses, I often asked him if he ever considered a career in the medical field. His response was always a resounding, “No.” I myself am a registered nurse and know nothing in my career will ever compare to the challenges and rewards of being a mother and caregiver to a son with a life-threatening disease.

Going through the transplant with my son has given me a new perspective on so many aspects of life and will forever be a part of my fabric. Though I am so grateful for his donor and that we were able to have that experience, my only regret is that my son had to endure way more than I will ever be able to comprehend. We went through very trying times, but I feel we always strived to maintain a sense of humor and look for the good in every situation. As a caregiver, I tried to maintain a sense of empathy for my son and was willing to bear the brunt of his struggles in an effort to encourage him to be open about what he is going through. I was also sure to give him the space that any healthy teenager desires, of course, scheduled around 5-hour drives to his hematologist, clinic visits and home infusions.

It has been an absolute joy to watch my son grow over the past 10 years, especially in the time since his transplant. He has opened up considerably since his transplant, being more willing to talk about his experience. His insight never ceases to amaze me. In spite of missing over half of his sophomore year of high school, he still graduated on schedule. Sam is nearly done with his first semester of college now. He is at the University of North Dakota where he is majoring in Forensic Science with a minor in Psych for his pre-med degree. For the summer of 2020, he has plans to work in his bone marrow doctor’s research lab at the University of Minnesota. All is well.