Aplastic Anemia Patient Meets Physician Who Treated Her 30 Years Ago 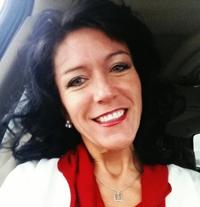 For so long, I have been quietly racking up the years - 33 in all - since my diagnosis and transplant. I have done so well and had so few problems that I felt I had nothing to share. But as the years have gone by, I have begun to realize how few of us long-term survivors there are and how truly blessed I am to just be alive! By reading the comments when I post a milestone birthday, I am overwhelmed with the response from others who have walked this path, who are just beginning the journey, or are fearful for their loved one’s future.

I would like to tell you a wonderful story that has blessed my life. It shows me how small the world is and how some people are placed in just the right spot at the right time. I was 11 years old at the time of my aplastic anemia diagnosis, living in Grand Junction, Colorado.  When I was diagnosed, the doctors told my family that they wished they could tell us that it was leukemia because they knew what to do for that (now I believe that might be a different story).

There were only two facilities in the nation doing transplants at that time. The closest to us was the Fred Hutchinson Cancer Research Center in Seattle so we went there. My transplant, with my brother, Greg, as the donor was on November 17, 1981. The time from diagnosis to transplant was only about 10 days.

Fast forward 30 years. I live in Missoula, Montana and work as an oncology nurse at the Saint Patrick Hospital there. On my floor I have many patients who might be headed for transplants and it gives me great joy to tell my story and offer them a glimmer of hope.  I keep some mementos of my story at the hospital to show to patients.

I keep a medical journal article at the nurses’ station that was written on my specific transplant in the early 80's and published in the Journal of Human Immunology.  It was authored by the four doctors who were involved in my transplant, three of whom I remembered meeting as a child. I did not remember meeting the other person who authored the article. His name was P.G. Beatty.  One of my co-workers walked by and looked at the article and asked, "Hey, I wonder if that is our Dr. Beatty?"  He was one of the directors of our cancer center in Missoula.

I replied, "No, of course not. That was Seattle in the 80s." She said, "I’m quite sure that his middle initial is G." We looked up his work history and it placed him at Fred Hutchinson at the time of my transplant. What an amazing coincidence! I was so excited that I sent him an email and suggested that we meet and discuss the article. He responded a couple of times and then we lost contact. I laughed to myself. Doctors!

Several months later I received an email from him suggesting a meeting. He was headed to Seattle for a reunion and felt there would be several there who would remember me and would like to hear my story.  This led to one of the most special events in my life, the chance to personally thank a man who played a part in my survival and many others 30 years earlier.

We met at a little café and instantly found friendship in each other. At that time, we were both experiencing some difficulties in our life, and although we had just met, we felt a bond had formed from our shared experience. Our meeting inspired us both.  He was able to see the lifetime culmination of his work - a life saved - a life lived to the fullest. And he could see the hand that he played in that.  For me, he was able to fill in many of the blanks that I had regarding my treatment.

He was able to share stories with me about the research and remarkable discoveries that were happening thirty years ago.  Dr. Beatty said he wrote my initials on well over a thousand test tubes during his research. He shed light on some of the experimental trials that I was part of during that early time.

The doctor said that I gave him hope and validated years of work by seeing my life.  He played a part in opening a new cancer center in the area and has found new joy in his work. I have embraced my role as an oncology nurse and now see the true miracle in my survival. In the end, you could say we saved each other.

I celebrate my transplant birthday every year and it has become more precious and important as each year goes by. I received a call from him on the 31st anniversary of my transplant asking to meet me before my shift at the hospital. He presented me with a small necklace with the number 31.  I thanked him and said, "Dr. Beatty, I don’t think you can just go to the store and buy a necklace with the number 31."  He replied, "No, but if you live until next year, I will get you a 32!"

I am currently wearing a "33" and am so proud of that accomplishment.  The visual reminder has given me the opportunity to share my story with so many more people. At the hospital - at the grocery store - just about anywhere people will ask me what it stands for. Because of that necklace, I have been able to spread awareness of aplastic anemia, encourage people to sign up on the National Marrow Donor Program, and occasionally give hope to those looking for it.  I feel I have something to offer and am so glad to have the chance to pay back some of what was given to me.