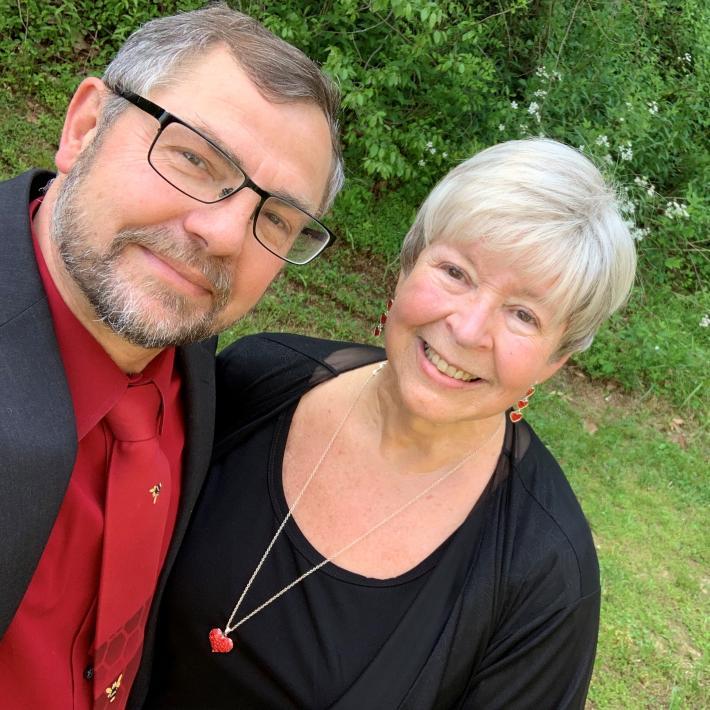 I was diagnosed with MDS (RAEB-2 - Refractory Anemia with Excess Blasts) in January 2010 at the age of 55. This came after routine blood work and a subsequent bone marrow biopsy revealed dangerously low blood counts and cellular abnormalities. What a terrible shock for both my husband, Michael, and me! I’ve always been incredibly healthy and come from a long line of healthy, long-lived individuals. I didn't feel sick, so how was it possible to have a rare, life-threatening illness? Sure, I was tired and short of breath sometimes, but I assumed it was simply due to being overweight and out of shape.

My hematologist and oncologist both recommended a bone marrow transplant as soon as possible. "You have a chance of being cured," they said. But Michael and I were frightened that instead of prolonging my life, a transplant could simply deprive me of quality of life for the short time I might have remaining. We're both mathematicians by training, and the statistics were overwhelmingly dismal. I didn't even have a matched donor!

My oncologist decided to try me on one of the newer chemotherapy drugs, azacitidine (Vidaza®), approved by the FDA in 2004. I began the first cycle just two weeks after my initial diagnosis, not as a potential cure, but as an attempt to get the MDS into remission or at least slow its progression to acute myelogenous leukemia (AML). Azacitidine has no effect on some patients and a negative effect on others. For many, it takes four or more cycles to show any benefit. Luckily, I showed almost immediate, very positive effects. Within months, my counts were nearly normal.

This respite gave us the opportunity to adjust our thinking. We were told by our physician that the azacitidine worked for about 18-24 months in most of her patients.  But then we realized how quickly time was flying by and decided that even one or two years wasn’t enough. It was probably around May 2010 that I seriously started reconsidering the transplant. As Michael put it, "It is amazing to me how quickly the bizarre becomes ordinary."

We discovered a wonderful community at the Marrowforums Web site. Instead of seeing statistics, we shared the day-to-day struggles and triumphs of others with similar diagnoses and learned much about these rare diseases. The site is filled with many intelligent, caring people and a wealth of knowledge, both technical and anecdotal.

In the meantime, the search for a matched donor continued through the National Marrow Donor Program (NMDP), and a perfect match was found! Each transplant hospital has a different set of protocols and treatment priorities. We had consultations with three facilities and chose Johns Hopkins because it was close to our Forest Hill, Maryland home and offered a clinical trial that interested us. I had my transplant in November 2010.

The transplant went much easier than I feared it might. The only truly bad time occurred approximately five days after the procedure. For about two weeks, I had severe inflammation and ulceration, called mucositis, of the full length of my digestive tract (a common complication for transplant patients). Transplant recovery was so gradual, it’s difficult to recall many landmark moments. If pressed for an answer, I’d say it took about a year. I’ll never feel ‘normal’ as in being exactly as I was before the illness, but I do consider myself completely recovered. My 5-year bone marrow biopsy showed 100% donor cells and no evidence of MDS. A year after my transplant, we learned the identity of my donor and were excited to thank her in person for her life-saving gift. She was equally excited about meeting us. We've remained in contact and are planning my 10-year Rebirthday party for 2020.

Besides excellent medical care and the loving support of family and friends, what helped us most through this ordeal were the success stories of those who traveled before us. We wanted to give something back so we decided to document our journey through our blog at www.mausmarrow.com. We try to keep a sense of humor and have some fun with song lyrics heading each posting, an opportunity for readers to play a lighthearted guessing game. And in that vein, if you find yourself on a difficult journey, don't give up: "Keep those high hopes, keep those high hopes, keep those high-apple-pie-in-the-sky hopes...."