“Everything is going to be okay:” Jocelyn’s Story of Aplastic Anemia, PNH, and Survivorship | Aplastic Anemia & MDS International Foundation
Skip to main content

“Everything is going to be okay:” Jocelyn’s Story of Aplastic Anemia, PNH, and Survivorship 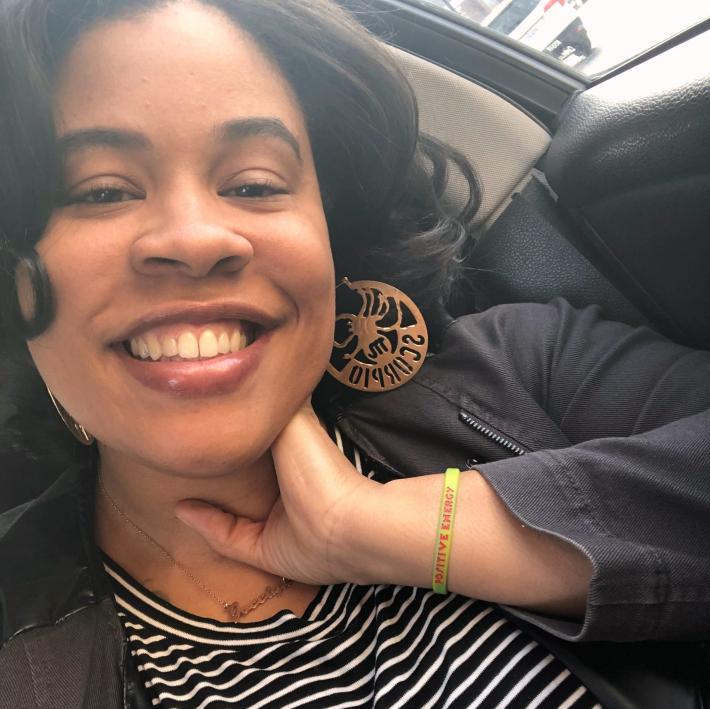 Before diagnosis, Jocelyn’s life was normal, predictable. She was thriving her senior year in college, studying Public Relations. In 2008, she was working, volunteering, attending classes---all the normal activities for a 20-year-old.

But one day that changed. Extreme fatigue set in, making it difficult to walk a single flight of stairs. At first, she dismissed the fatigue to her rigorous schedule.

One Friday evening, the symptoms intensified. Jocelyn went to a local store’s grand opening where she became chilled, then dizzy. She fainted.  Her then-boyfriend took her home and she scheduled a doctor’s appointment for Monday.  From the doctor she heard the word, “anemia,” so she started taking iron supplements, but her physician referred her to an oncologist.

Although she wasn’t familiar with the term, “oncology,” Jocelyn started to understand that her diagnosis could be serious.  A bone marrow biopsy was the next step, which resulted in frightening terms like “leukemia” and “aplastic anemia.”  Immediately she was admitted for blood transfusions.

A few weeks later she was readmitted to the hospital. There she began immunosuppressive therapy with ATGan medications. Although she was discharged after seven days, she continued to receive treatments for about 7 months.

Jocelyn was fatigued and moving slowly, only gradually increasing her pace. Thankfully, all of her professors accommodated her needs. They permitted her to complete her final semester through online learning so she was able to walk for graduation, on time!

Like many patients with this therapy, her hip joints suffered from prednisone treatments. She had a partial (bone graft) hip replacement in 2012 and recovered well from that surgery.

Jocelyn did very well until 2014 when the aplastic anemia returned. As she repeated the immunosuppressive therapy, she was diagnosed with PNH, or Paroxysmal Nocturnal Hemoglobinuria. Soliris treatment started only two months later.

Jocelyn was delighted when she became pregnant and delivered a healthy girl in 2016! She remained on Soliris during that time, remaining optimistic about the future for her family. All continued well until she needed another hip replacement in 2018, followed by a complete replacement of the first hip in February 2020.  Jocelyn feels fine today, with no achiness or pain from her hips!

Jocelyn continues her career in Public Relations. Although she receives Soliris treatments, she expects great opportunities in her career and with her family. A new job starts this summer for her a dream position with a university!

Jocelyn is sharing her story with patients and families now to help encourage them.  “You can still have an enjoyable and productive life!” she says.  Even though “It sucked” when she received the diagnosis of PNH, a “low blow,” she says. Yet, even then, she knew it was another thing to deal with, another challenge to handle.  She is thankful for her team of oncology nurses, who encouraged her through each phase of diagnosis and treatment. They even gave Jocelyn a baby shower! Her medical team, she says, is very warm and encouraging.  They reminded her that she would learn to adjust to PNH therapies and that she would be okay!

Jocelyn has encouraging words to share with fellow patients. First, know that everything is going to be okay.  “I say that because that was whispered to me” with a song on the radio as she went to her first hospital admission. She says that it’s hard to be only 21 years old when you find out you have a rare disease. “It will be okay because I was able to live out some of my dreams and aspirations,” and you can, too.

Jocelyn also reminds patients to keep a good mindset. Don’t take the days for granted, but keep going, relying on your personal support and your medical support. She says that even though sometimes you might feel like a burden, but use your support systems to keep a positive mindset.  “You have to believe that it’s going to be okay! Keep going, share your story, and know that you aren’t alone!”