Since my diagnosis, my mission has been to fight back | Aplastic Anemia & MDS International Foundation
Skip to main content

Since my diagnosis, my mission has been to fight back 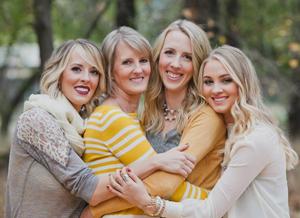 My journey with MDS (myelodysplastic syndromes) began in December 2007 when a game of volleyball with my youngest daughter left my arms bruised from wrist to elbow. This along with frequent headaches and fatigue prompted me to schedule an appointment for a physical. Little did I know my life was about to change forever.

We were getting ready to depart on a cruise to Cabo San Lucas, Mexico to celebrate my in-laws’ 50th anniversary; however, my hematologist wouldn't allow me to go until a bone marrow biopsy was done. After receiving the results, he suspected a vitamin B-12 deficiency. B-12 injections helped for a short time, but then my counts began to slowly decline, especially my platelets.

After six long months and numerous tests, I was finally referred to a hematologist at Stanford University Hospital in Palo Alto, California. I was told I had MDS, and a bone marrow transplant was the only known cure. It was a lot for my husband and me to absorb. We somehow managed to hold it together through the appointment, but as soon as we got to our car, we just held each other and cried. I was only 47! I couldn't help but wonder if I would ever get to see our youngest daughter graduate from high school or even hold our first grandchild. I couldn't bear the thought of leaving my family!

Because I was in a higher risk classification (intermediate-2) and my only sibling was my half-brother, the search for an unrelated donor match began. At the time, our youngest daughter was 14, and Stanford was four hours away from our home in Redding, California. We had so much to do to prepare for the transplant, so I left my job as a registered dental assistant. My counts then stabilized. I was able to hold off the transplant for nearly two years. Then another chromosome aberration (monosomy-7) appeared.

I was admitted to the bone marrow transplant unit at Stanford University Hospital on May 17, 2010 to begin the preparative regimen for transplant, and on May 25th, I received the stem cells of my 47-year old German donor. I encountered a few setbacks that kept me in isolation longer than expected. A blood infection (sepsis) sent me to the ICU for three days. I watched the days pass by on a giant calendar that showed my daily blood counts and words of inspiration from the nurses. I had hoped to be out in time to spend the Fourth of July with my husband, but that date passed.

On day +44, I was released to the apartment we had rented nearby. At first, my husband took me to the infusion treatment area daily for blood draws and to receive needed transfusions. When he returned to Redding to prepare for my homecoming, I was moved to my parents' home, about 30 minutes from Stanford.

Eight months following my transplant, I was given the devastating news that I had relapsed, and I was given a prognosis of a few weeks to maybe a few years. I had not even recovered from my transplant and was now facing chemotherapy. I began receiving azacitidine (Vidaza®), but my counts were having a hard time recovering. I remember being so sick that I didn't even want to get out of bed. I was nauseated and had no appetite. My family was begging me to eat. At times, I had no desire to continue living, but they refused to let me give up.

I was giving myself insulin and G-CSF (Neupogen®) injections and taking countless medications. I received numerous blood transfusions and over 100 platelet transfusions. Eventually, things started turning around. Our second granddaughter arrived in February 2012. I started pushing myself to get better so that I could be present at our youngest daughter's high school graduation and our middle daughter's wedding a few months later. My family kept dangling these carrots out in front of me to keep me fighting.

I recently completed my 34th cycle of azacitidine and have not needed a transfusion in over 2 1/2 years. It has now been four years since my relapse, and on May 25, 2015, I celebrated the fifth anniversary of my stem cell transplant (re-birthday). I tolerate chemotherapy pretty well now and take medication to mitigate the side effects. When it is no longer effective, we will have to look at other options, but I am trying to remain optimistic.

I would not have made it this far without the support of my family. I am also extremely grateful for the incredible gift of life that I received from my donor, Michael, and the outstanding care I have received from all of my doctors and nurses at Stanford University Hospital, Mercy Oncology Center, and Mercy Medical Center in Redding.

Since my diagnosis, my mission has been to fight back. For five years, I led a Relay for Life team called The Marrow Mob, and this past November, I participated in a Be the Match 5k Walk/Run in Sacramento. If my good health continues, I would like to become involved in Hope, Steps, and a Cure. I will not let MDS get the best of me. Every day may not be a good day, but there is something good in every day.