Gouldsmith Family Pulls Together for Gabby 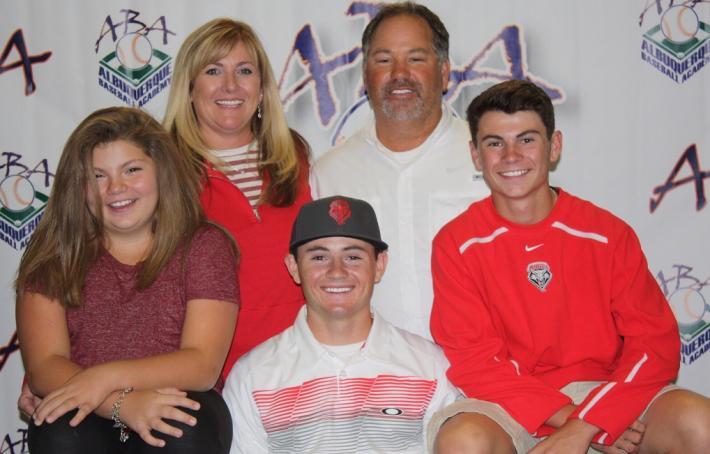 In June 2011, my daughter Gabby was seven, and we had just relocated from Las Vegas to Reno, Nevada. She seemed tired and had alarming bruises on her shins. She also had a persistent ear infection and I noticed red dots (petechiae) on her shoulders.

I’m a nurse and work for a pediatrician, so seeing all this in a short time set off alarms for me. I took Gabby to Dr. Robin White's pediatric practice (where I work) for further examination. Dr. White became very involved in Gabby's care and even made house calls for her instead of bringing her into the office, risking of further infection.

Tests and the usual blood work were completed and results came back showing severe pancytopenia, which I fully was expecting. Reno doesn’t have a children’s hospital, but Dr. White has a professional connection to Oakland Children’s’ Center. It was agreed that Gabby should go there immediately.

We left on a Friday and she had a transfusion the next day. At this point, they thought it could be leukemia. The bone marrow biopsy on the following Monday ruled that out and their specialist now thought it was severe aplastic anemia.

My two other children were brought in the next day for testing, and luckily, Garrett (at 12, the oldest) was a complete bone marrow match to Gabby. So it was decided to immediately proceed to transplant, with a minimum of transfusions beforehand. The whole process from first noticing Gabby’s symptoms to being prepared for a stem cell transplant was just three weeks.

The transplant preparation was very hard on Gabby but it’s hard for anyone. She had a reaction to ATG, and was allergic to IV Benadryl. Garrett came back to Oakland to have the bone marrow donation completed. The transplant on July 15, 2011 went well.

Gabby essentially had a new immune system so the post-transplant recovery was an extended term of isolation from normal environments. We were scheduled to return home in October. We prepared our house in advance for her return by storing anything that could be a problem with her lowered immunity, following every instruction we were given. She had to wear a mask and the amount of cleaning required in this isolated ‘post-transplant’ environment is extreme.

During the time in the hospital, we learned about AAMDSIF and consulted the website to learn what we could.

We were about to leave when we got the bad news that the transplant wasn’t engrafting well. She was put on another immunosuppressive drug on top of the one she was already taking.

The total recovery period at home was two years, and Gabby missed all of second grade and most of third grade. She really wanted to get back to school, but for this to happen she had to have various immunizations given in a quicker sequence than normal. And we had to return to Oakland once a week and later, each month for follow-ups. When I went back to work I hired some nursing students to take care of Gabby at home.

For 22 months, Gabby had to take 300 pills a week and she had to learn how to do this. It was tough, but she still preferred this to a central line.

Just recently, Gabby was officially released from this routine so now she only needs an annual CBC. Even though it has been determined that Gabby is a 78% engrafted, she seems to be doing well, and being both a mom and a nurse, I am watching her closely. The doctors think that since Garrett was just 12 at time of donation, Gabby’s new immune system will function well

Like many, we had to do our own fundraising to help meet the significant expenses we had.  One innovative event was a wine fundraiser. Three of our closest friends got together and rounded up donated items from the greater Sacramento area where I’m originally from. These included two weeks at my parents’ cabin on Donner Lake, a week at a friend's condo in Squaw Valley, handmade quilts, and numerous other donations from local business.

Then everyone was invited to the Nimbus Winery in Folsom where they bottled their own wine and the bottles all had a picture of Gabby on the front of the bottle. They were able to purchase the wine at a discounted rate and all proceeds went to Gabby for her continued care. The donated items were auctioned at this event. We also sold awareness bracelets that said "Giggles for Gabby" This was because Gabby said everyone crying all of the time scared her, so we came up with "giggles" to turn tears into laughter!

I also took many pictures during her treatment – one reason is if later on she has disappointments or personal challenges, I can bring out these pictures to remind her what she went through with aplastic anemia. Later setbacks won’t seem so insurmountable.

We relocated to New Mexico a few years ago because of my husband’s job. Gabby has made the move well, but Garrett was less enthusiastic. But he’s about to graduate from high school with honors and has a full scholarship to the University of New Mexico. There’s no doubt our family came through some challenging times. We want other families with similar challenges to know that they can also get through this.