Persistence and Patience Pays Off 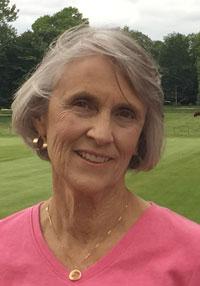 My professional career for thirty years was with Colonial Williamsburg. I led children, adults, and even a king and queen on tours to explore our colonial history. I retired and shortly after turning 66, I was diagnosed with rheumatoid arthritis and treated with methotrexate. This may have led to my developing severe aplastic anemia, although it cannot be proven that methotrexate was the cause.

I was determined to take control and sought additional advice from Johns Hopkins Hospital. My local doctor was very supportive. Within four months, and after having transfusions every four weeks, I was advised to take the horse ATG treatment. I did this at my local hospital, and the nurses were wonderful. But after three months, it became obvious I wasn't responding. I visited Hopkins again and the doctor said there was nothing they could do for me. Because of my antibodies, I was not a good candidate for a bone marrow transplant. But this same doctor showed me an encouraging chart - part of an article by the leading aplastic anemia doctors at the National Institutes of Health (NIH), and everything changed after that.  I contacted NIH and was able to join a trial with the drug eltrombopag (Promacta®) for patients who were unresponsive to the horse ATG.  After three months, I was once again a non-responder.

But 18 months later, I was able to join an extended trial for the same drug. This time, trial participants started eltrombopag at a higher level and were given six months to respond. Within eight weeks, my hemoglobin was not dropping as rapidly as usual. It has now been 10 months since I started the second trial, and my counts are climbing very slowly. I haven't needed a transfusion for almost six months since my last transfusion. I feel honored that I was able to participate in the NIH trials and hope they will lead to help for many other patients.

What made the difference in my case? At age 71, I probably just needed more time to respond to treatment, but I also believe one reason I've stayed positive and receptive is because I walk  a mile or two  every day and swim 40 minutes. I firmly believe that it's important to move ,and that getting oxygen pumping through our bodies not only helps us physically but mentally as well.