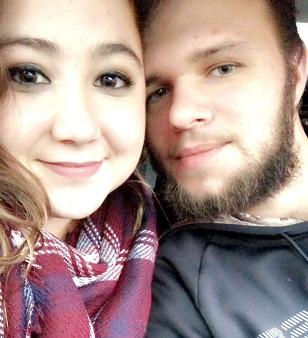 I was 19 years old when I found out that I had low blood counts. At this time I was just starting college and also working three different jobs. I was having extreme stomach pains and abnormal periods. I went and saw my gynecologist and routine tests showed my low blood counts. I was then sent to the local hematologist who did my very first bone marrow biopsy. When the results came back, he said that he had never seen a biopsy that showed so much inflammation and didn’t know what to do at that point.

Within a year I was seeing about five different doctors, but none really understood what was going on with me because I didn’t fit what they normally encountered.  After about a year of different doctors and many tests, we took a break to try to figure out our next move.

My mother remembered the doctor that my great-grandmother had when she had a cancer diagnosis. We made an appointment and he started the whole process over with more blood work and a second bone marrow biopsy, leading him to send me to the Children’s Hospital of Pittsburgh.

My hematologist there ran a whole new set of tests that I had never heard of before: DiGeorge Syndrome, adenovirus, CVID, EBV virus, celiac, lymphocyte proliferation, and even HIV/AIDS.

After about 7 or 8 months of testing and watching my blood counts, I started to get extremely sick and became transfusion dependent. My blood counts started to dramatically drop. I was very pale and my mouth and gums were bleeding nonstop, I had sores in my mouth, severe nose bleeds, and I was sleeping all the time.

I became transfusion dependent -- I could not live without blood transfusions. In August of 2014 I was officially diagnosed with very severe aplastic anemia.  At this time, my doctor started communicating with other childrens’ hospitals to help find a cause of my condition and I was also being examined in the immunology, genetics, gastroenterology, cardiology and even pain clinics.

In May of 2015 I had a bone marrow transplant done from an unrelated donor.  But first, I had a genetic sequencing study done to see if there was any mutations in my DNA that could cause my bone marrow to shut down. While I was still in the hospital my genetic sequencing results came back and I found out that I had two genetic mutations – the CTLA4 and Check2 cancer genes. These mutations were just discovered very recently and they didn’t have much information on them yet.

My immunologist had contacted the genetics department at the National Institutes of Health and they were very interested in my case. The little information that they had about the CTLA4 gene was that only 21 people in the entire world have this gene and my mother was the oldest person to have this gene. I am the only person in the world to have this gene and to have a bone marrow transplant.  Not only that, but I also helped seven other people get diagnosed correctly. So now I am in a research study with NIH so that they can help other people who could potentially have this. The Check2 cancer mutation means that I have more of a chance to develop breast and ovarian cancer. I am now in my early 20s and doing well, because my bone marrow transplant succeeded. My counts are now stable and I’m transitioning back to my normal life.

I was at one of my transplant follow up appointments and my doctor walked in and smiled. He handed me a piece of paper which had all my donor information on it. On seeing this,  I cried with happiness.
Then my mom and I found her on Facebook and sent a message hoping to receive a reply.  She messaged me right back and asked how everything turned out. She’s actually a doctor from Germany which I found very interesting.
I recently got engaged, so she is invited to my wedding next year. I am going to a BMT reunion at the Pittsburgh Zoo this Saturday. Here, I’ll be able to talk to other transplant recipients and speak about getting in touch with my donor.  I’ll also get to see all the doctors and nurses from my floor!