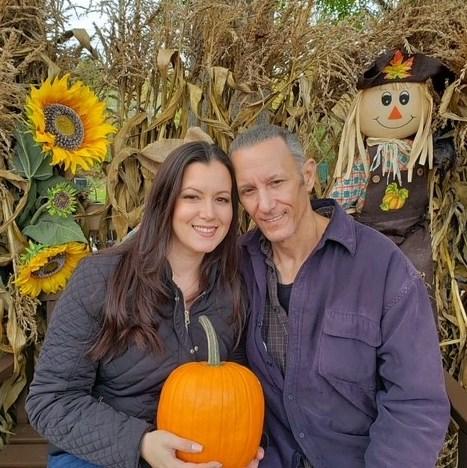 I know my fiancé well.  Even though he seemed to be healthy and his job kept him active, I knew it had been a long time since he had a medical physical, so I pushed him into an appointment.

Without symptoms, the doctor suggested routine blood work as a part of the physical.  We were surprised that all his counts were low.  The doctor decided to check again in a month, so I made sure that his diet was healthier and that he took vitamins, hoping that would correct any problem.

Because I’m a phlebotomist, I performed his first and second blood draws.  When the results didn’t show marked improvement, the doctor referred my fiancé to a hematologist.  Two days later, he had a bone marrow biopsy.

We were surprised by the diagnosis:  Low-Risk MDS with 5q deletion.  I was scared for my fiancé but I knew we would “grab the bull by the horns” and tackle this disease.  We were going to have a positive mindset, no matter what.

I attended many of my fiancé’s appointments until he started receiving regular treatment.  Depending on his weekly blood draws, he sometimes receives Procrit to help his body make hemoglobin better.  Since the diagnosis in seven months ago, he has kept on working at his job. He eats better, and his spirit remains positive.

We don’t know what the future might bring, but we know the future is bright with a great hematologist and good medications.

The hardest part for me is picturing life without him.  I do have moments of fear and tears, but not many.  We both take time to meditate, which works to relieve stress for us both.

What would I recommend to other caregivers who find themselves in a similar situation?  First, don’t forget to laugh!  Also, eat right, yourself---I changed my own diet along with my fiancé’s.  And take time for meditation or some spiritual practice, too.

I’d also like to ask other caregivers, “Do you see any silver lining in your situation?”  Since his diagnosis, I have seen medicine advancing, and many more choices available for patients diagnosed with MDS.  Get involved in organizations that help patients and caregivers, too, like AAMDSIF, DKMS, and BeTheMatch.  Keep hoping and praying, but don’t stop laughing! There’s a cure coming, just around the corner. And stay positive, too! That’s key to making it through this.