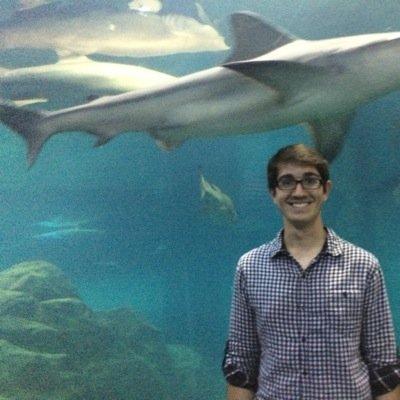 It was early April of 2015 when I started getting headaches, weakness and abnormal heart rates simultaneously whenever I exerted myself. Stairs became a nemesis, as I could feel myself about to faint whenever I reached my apartment on the third floor. I thought that now would be a good time to visit the doctor. There I had blood work done and a few hours later they called and told me to go to the ER immediately.  “So…I shouldn’t go hiking right now?” I joked, despite the weakness in my legs.

When I got to the hospital I saw several different doctors, and they were all telling me that there was an issue with my blood. They tested for many different viruses, including HIV, and even mono (I’ve never prayed for mono so hard in my life), but they all came back negative. I was also told that there was a small chance that I had parvovirus, which is commonly found in dogs. Easy to cure, I was hoping I was the first man/dog hybrid to ever have existed. This also proved to be negative, unfortunately. That’s when doctors started telling me that there was a more than likely chance that I could have leukemia.

Being confined to my bed, I couldn’t help but think about leukemia. Then my optimism kicked in, and I thought about the possible good of leukemia. I thought how every year, my back-up Halloween costume was Harry Potter, due to my white skin, round glasses, dark hair and knowledge of the wizarding world.  But this year, thanks to cancer, I could make an even better Voldemort. The irony made me laugh. My thoughts seemed to distract me from the negatives of cancer and actually made me smile. Comedy became a medication.

Over the next few days, as I was mentally preparing myself for cancer, my doctors came in and told me that I did not have leukemia but rather aplastic anemia. I didn’t have a clue as to what that was, but I was just ecstatic that I didn’t have cancer. I finally learned that it was very close to blood cancer and that it very well could kill me. My brother was not a match for a bone marrow transplant, and so my doctor informed me that I would be taking a few doses of chemo and then going on medication to see if it would increase my blood counts.

The first month of medication helped my immune system, but then my blood counts started decreasing. I needed blood and platelet transfusions on several occasions. I felt awful and defeated. A month had gone by and there were no signs of getting better, until I went in to see my doctor who told me that my counts were indeed terrific. I couldn’t believe it. In the weeks following this appointment, my platelets tripled, tripled again, and then tripled one more time!

Though I’m back to working 40 hours a week, I still don’t feel comfortable doing some of my hobbies like rock climbing, hiking, going to the bar with friends, or carrying a huge camera around for my local news station where I was a photo journalist, but I have been making the best of my situation. All of my friends knew how much I had been missing my camera, so they pitched in to buy me a drone that was delivered to my home with a sign that read, “Colin, you don’t need to carry a camera to be a camera operator. We’re excited to see what you can do.”

Today, my body is responding well to my ATG immunosuppressive therapy treatment, and my blood counts are slowly rising; I'm at about 120 platelets and 3.9 count for whites. I can’t prove it, but I know my sense of comedy and optimism is why my counts are doing so well. My body has been dealing with the stress of being sick, but I’ve been making jokes and just accepting that negative things happen to everyone, and this is the one that I have been given to deal with.  Down the line, I know I could very well need a transplant, but my sense of humor has been able to distract me until that time comes.

Comedy has allowed me to turn a horrible situation into a hilarious one. I’m going to make fun of aplastic anemia. I’m going to laugh in the face of what I don’t fully understand, because laughter makes me feel better. And it sure has worked a lot faster than the medication I was prescribed!