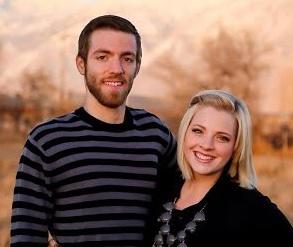 Diagnosed with aplastic anemia in 2012, Bryce Harding is back on track with life.

In 2012, Bryce was working in a silver refinery. Friends had been telling him for months that he didn’t look well, but he resisted making an appointment with the doctor. After nearly passing out at work one strenuous day, he finally agreed that it was time for a checkup.

Two days after that appointment, he got an urgent phone call from the doctor’s office. The message was stark -- get to the nearest hospital as quickly as possible. That hospital visit, where he was given four units of blood, was the first of many during Bryce’s fight with aplastic anemia.

Bryce had never been sick much during his youth, so learning about aplastic anemia was new and unexpected territory. He saw many doctors and heard many opinions on how to battle aplastic anemia. Early on, he was misdiagnosed and also told he had five years to live. Later, one medical team dissuaded him from getting a bone marrow transplant—it was “too risky,” they told him.

Aplastic anemia has changed Bryce’s thoughts about the future. Earlier, he’d considered learning several languages in order to work as a translator. Currently, he’s leaning towards getting a degree in co communications. With a little more experience in public speaking, he hopes, Bryce could speak to schools to inspire kids on how to overcome hardships in life.

In the early weeks and months of fighting this disease, he was unsure of how much time he had left to live and didn’t want to put his girlfriend through the experience. But, she told him, “You have to fight it, and I’ll fight it with you.” Bryce and Natalia Harding celebrated their third anniversary in December, 2015.