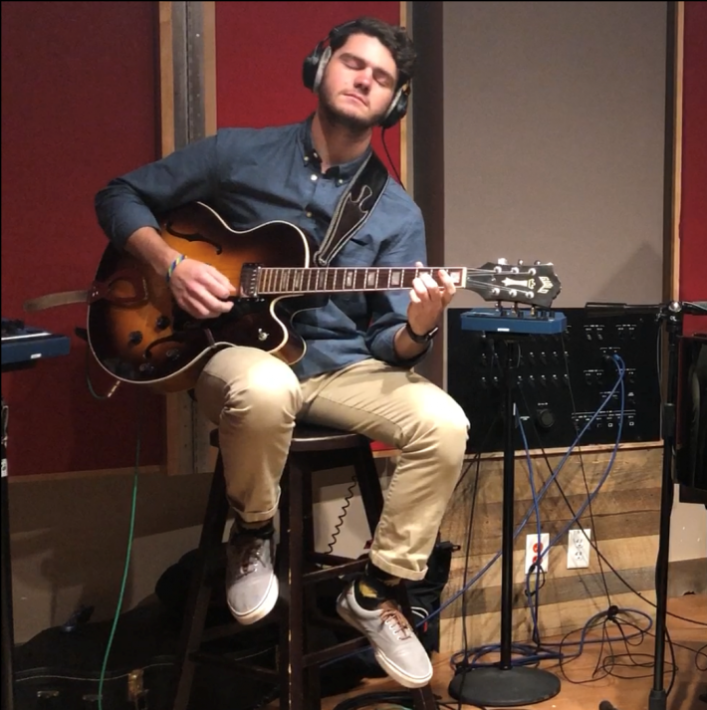 “Hey, Braeden, we need to go.”
Little did 12-year-old Braden understand that he was headed towards hospital admission.

Earlier that day, Braden nearly passed out on the basketball court. He was a happy, athletic child, who excelled at several sports.  His mom, Becki, took him for blood work.

Later, Braeden’s parents heard from the doctor’s office: take him to the Emergency Department now.  That’s when Braeden’s dad came to pick him up from his friend’s house, where he’d been playing normally.

Braeden says he only realized that something interesting was going on when the medical team put the identity bracelet on him.  Until that time, he’d thought they were following up on his sister’s recent injury.

Testing filled Braden’s three days in hospital.  The marrow biopsy took some time, then a few weeks later he had another.  He was also being treated with prednisone. His platelets were down to 8.

The doctor told Becki that he either had aplastic anemia or leukemia.  “Let’s hope it’s leukemia,” he said.  She was shocked and scared---not a typical St. Patrick’s Day.

Braeden began a routine of two transfusions each week, both double-reds and platelets.  His hematology/oncology specialist, Dr. Stephen Halpern at the Valerie Fund, recommended testing for a bone marrow transplant, then suggested horse ATG while they searched for a matching donor.

As Braeden began inpatient treatment, everyone was prepared for usual side effects. Thankfully, Braden only experienced hives and nosebleeds during the week of infusions.  His attitude was remarkable as well, Becki says.  He was upbeat and optimistic, even during treatment.

Braeden spent one full month at home after treatment, but was doing so well he was allowed to return to school.  Playing sports, running, and contact play were prohibited for this time.  His white blood count remained good after ATG treatment, even though he was exhausted simply by attending class.  He began cyclosporine, which he would take for the next four years.  Even in the summer, he wasn’t allowed even to go to a sleepover.  Nor was he allowed to play his trumpet, so he concentrated on practicing the guitar.

Although he was restricted from contact sports, in 7th Grade Braden was finally allowed to play baseball and non-contact sports again. With a supportive community around him, on and off the field, he finally felt normal again. His counts continued to improve as he attended high school, permitting him to join the swim team and ultimately lacrosse!

Now, in 2020, Braden completed his freshman year in college! He is studying Music Technology at the Berkeley College of Music, Boston, while he continues to study and to play guitar.  A once-sick child has become a young adult who works towards fulfilling his hopes and dreams.

What does Becki think of his journey?  She credits their supportive community and the Make-a-Wish Foundation with helping them all get through the hard times.  She relates how many friends and neighbors stepped up to cook for them all, and to take Braeden’s older sister for adventures while her brother was sick.  She relates that Braeden’s own positive attitude helped her: “I used that to kindle my fire” and get through it, she says!

When asked for her advice to parents that find themselves in a similar situation, Becki replies with a full list of recommendations. First, she says, “Don’t dwell on the what-ifs, on what you don’t know.”  She urges parents only to gather research from reputable organizations, not from just anyone on the internet.  She says that you have to be strong, brave, and positive.  Be sure that you get organized with a binder for records and files. And do bring your questions with you to the doctor’s office visits, taking notes when you are there.

In particular, Becki suggests, “One day at a time, one thing at a time.” She urges parents to accept all offers of help, even dishes and laundry because it does help you.  And, she says to pay attention to the other child (or children) in the family.

Now, the entire Hahn family practices “paying it forward.” They are work on giving back to others with generous hearts.  We can all look forward to this family’s future!