From Crisis to Career: Behnoush Babzani Triumphs over Aplastic Anemia 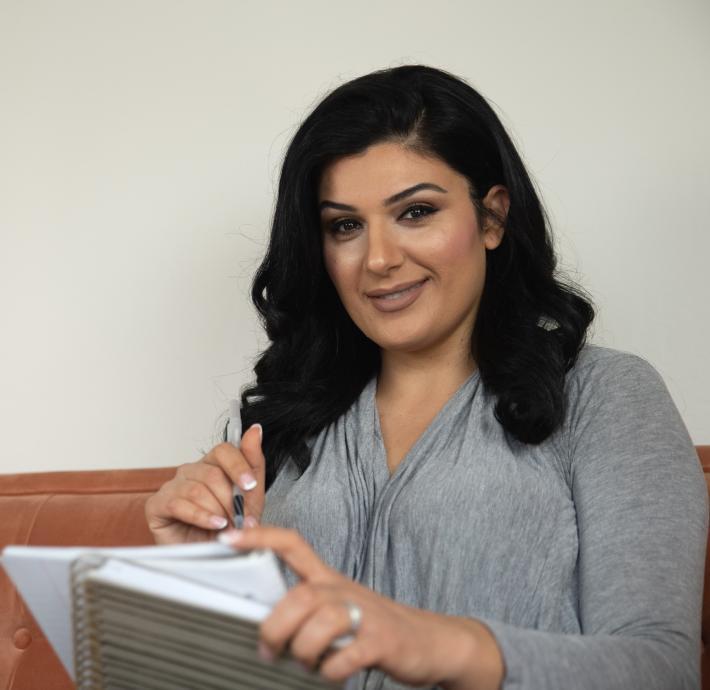 At 12-years-old, Behnoush was diagnosed with aplastic anemia.  Her therapies were the typical ATG and Cyclosporine, and she responded well.

But when she was a freshman in college, pancake-sized bruises appeared.  She attributed the extreme fatigue to normal, active, college life.  She was so exhausted she’d fall asleep in her classes, much to her surprise. Behnoush, out of fear of having to deal with these familiar symptoms, ignored and hid her now declining health status.

Then she visited her regular dentist, a family friend.  When Behnoush opened her mouth, the dentist told her, “If you don’t tell your mom, I will!”

Fortunately, the treatment protocols had advanced since her childhood diagnosis in 1996.  Now, in 2004, bone marrow transplants were more common and more successful, plus her brother was a full match! She was immediately admitted to begin transplant preparation.

Behnoush spent the first 42 days after transplant in isolation until her blood counts showed progress.  Her mother and only a select few others were allowed to enter her room fully covered in protective gear and only after an in-depth decontamination process.

Being in isolation was torture for her. In the hospital ward, there were no other patients her age, all so much older, and aloof. Behnoush was beyond lonely. She suffered without outlets or mental challenges.   She had no stimulation from personal interactions.  Finally, she realized that she could determine her own reaction to the situation, “mind over body,” she called it. She had the right support to move through the experience, putting on “Positive Goggles” to overcome the challenges.

During her first 100 days, she learned to control her mindset.  She discovered that even though she had no control over her situation, she could focus her mind on hidden blessings. Behnoush learned to use her mental outlook to change her perspective and triumph over the time she stayed alone.  She said she learned that we have a lot of power within, in spite of the treatments being out of our control.

When asked who helped her the most during treatment, Behnoush praised her family.   They were there for her so much of the time while their friends rallied around to provide the family with meals and caring while Behnoush was in the hospital.

When Behnoush arrived home, the family followed all the protocols for post-transplant patient care. They changed all the filters in the house and followed all the requirements, easing the infection risk.  Mild GVHD occurred, so she followed her medication regimen to the letter, helping her succeed in conquering that issue as well.

After this experience, Behnoush knew she needed to take the skills she learned about creating a positive perspective and share them with others.  She became a Certified Mindset Coach to teach these lessons every day.  She coaches mindfulness and practical tools to help others thrive in spite of big challenges.  Her book, published in 2020, highlights the life of an aplastic anemia patient and coping with life-threatening health issues. It’s called, Hold On While I Hang On. She reveals how the illness and treatment shaped her life, and attributes them to her continuous success.

Behnoush tells fellow patients: “You are the strongest you’ll ever be when you’re in this fight for your life!”