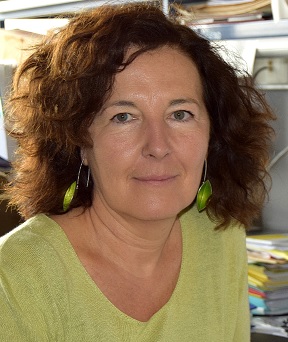 Aplastic anemia is a disease in which the bone marrow gradually stops producing red and white blood cells and platelets. As a result, people with aplastic anemia feel tired, may bleed more easily and are at higher risk of having infections. Aplastic anemia can strike at any age but is more often diagnosed in children, young adults and older people. In a few cases aplastic anemia is passed from parents to their child, but most often this disease results from destruction of the cells in the bone marrow by overactive immune system blood cells called T-cells. Healthy T cells are "trained" to recognize and destroy exclusively foreign invaders of the body, such as viruses. But in some cases, T cells attack the cells from the body, causing autoimmune diseases like lupus or rheumatoid arthritis.

Patients with aplastic anemia are treated with multiple medicines to suppress the autoimmune response that damages their bone marrow. In addition, they must receive frequent blood transfusions as well as other drugs to fight infections. The only cure is a bone marrow transplant, which is very costly and require the identification of full or at least half-matched donors. Today, nobody knows the exact cause by which T cells suddenly attack the cells in the bone marrow. For this reason, it is very important to investigate and learn more about the reasons that lead T cells to destroy healthy cells.

Our research group has specialized for many years in the study of the mechanism that help T cells to recognize the cells in the body to avoid their destruction. Some years ago, we contributed to describe that Diacylglycerol kinase z (DGKz), a protein expressed in T lymphocytes, functions as a brake limiting immune-dependent T cell attack. We recently found that when mice are genetically modified to suppress DGKz expression, they have increased numbers of activated T lymphocytes in their bone marrow. They also show signals of bone marrow destruction suggesting that DGKz could be important to limit the activation of T lymphocytes in the bone marrow.

We were thrilled by learning that other investigators had found that the T lymphocytes of aplastic anemia patients showed reduced expression of DGKz. Those patients with very severe symptoms also showed the more reduced expression of this T cell brake. We want to investigate the reasons by which T lymphocytes with reduced DGKz expression enter and destroy the cells in the bone marrow. We also want to investigate if mice with no DGKz develop more severe symptoms of the disease when exposed to known causes of aplastic anemia like radiation. We think that these studies may be helpful to understand better the causes that trigger aplastic anemia and identify proteins, like DGKz, as indicators of the severity of the disease.

Aplastic anemia is a disease where the bone marrow is not able to fabricate blood cells. As a result, people who suffer AA are anemic and have a higher risk of bleeding and are at higher risk for infections. This disease can be inherited but most cases are acquired. The reason for acquired AA are not know but exogenous agents like toxins or drug exposure as well as infections by viruses or other agents may cause T cells to become active and destroy the healthy cells in the bone marrow by mistake. Aplastic anemia can be cured with immune modulators and, if patients do not get better, they may receive a bone marrow transplant from a suitable donor. Understanding why T cells forget that they are “trained” to attack only foreign invaders in the body and not the healthy bone marrow is important to identify the “rebel” T cells and discover new agents to control them. In our laboratory we investigate mice deficient in an enzyme that causes T cells to be active more easily. The mice are apparently normal but we discovered that their bone marrow contains abnormally active T lymphocytes. Mice are also anemic and have a low number of platelets similar to that observed for aplastic anemia patients. At the same time, other groups found that the T lymphocytes from the bone marrow of patients with aplastic anemia also have lower expression of this enzyme that is called Diacylglycerol Kinase (DGK).  Thanks to the funding from AAMDSIF, we are doing experiments to better understand why and how the T cells that express reduced DGK attack the bone marrow and how to stop them. Along this year we have learned that in the bone marrow of mice without DGKz there is a high abundance of substances that are toxic for the cells. We have also seen that if we take T cells from mice without DGK and transplanted them into ithe bone marrow of healthy mice they start getting sick. This indicates that the lack of DGK makes T cells more prone to destroy the bone marrow. Now we will start testing different compounds and using techniques to eliminate other proteins to test how we can “cure” the T cells so they do not destroy the bone marrow. We are also testing if these mice develop more severe symptoms if we treat them with agents that are suspected may cause aplastic anemia. We are confident that our studies will be of help to better understand if T lymphocytes are the real culprits of causing aplastic anemia, the causes that trigger their activation and if loss of particular proteins like DGK, may be good indicators of the severity of this disease.