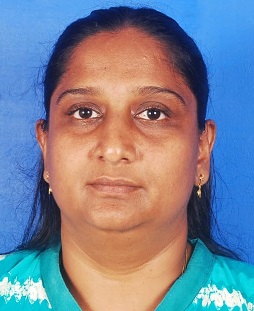 Androgens have been used alone or in combination with other immunosuppressive therapy in aplastic anemia with inconsistent responses being reported. However, the exact mechanism of action of androgens is not known. Recent studies have shown that it tends to protect from telomere shortening in haematopoietic tissues by increasing telomerase activity. In addition, androgens exert various biological effects on both haematopoietic cells and stromal cells. Androgen receptors are found to be expressed on stromal cells, macrophages, endothelial cells, myeloblasts, myelocytes, neutrophils, and megakaryocytes.

Androgens also have a suppressive effect on the immune system. Shortened telomeres in aplastic anemia were initially attributed to stress factors but was later recognized that telomere maintenance was regulated by a network of genes. Mutations in these genes results in short telomeres which accelerate senescence and apoptosis. Recent studies have shown that androgens amplify telomerase activity in hematopoietic progenitor cells, even in individuals who had reduced telomerase activity caused by TERT mutations.

This project aims to answer two important. clinically relevant questions. The answers to these questions will aid in improving the treatment outcomes of many patients with aplastic anemia in developing countries.

Androgens improve hematopoiesis in aplastic anemia subjects by known and unknown mechanisms. We aim to study the effect of androgens on hematopoietic stem cells and stromal cells by colony assays, transcriptome analysis and telomere biology.

The source of haematopoietic cells (HSC) were from donors of stem cell transplantation. HSCs were isolated from the peripheral blood mononuclear cells using EasySep Human CD34Positive Selection kit from Stem cell technologies. The isolation was carried out according to manufacturer’s protocol. The CD34 isolated cells were cultured in Stemspan SFEM medium in a 24 well plate with expansion supplement. Approximately 104/well were cultured. The cells were incubated at 370C at 5% CO2 for 7 days.  We have now done five normal HSC culture. Viability was checked at day7 using 7-AAD. DNA and RNA were extracted from the cultured cells. The next set of analysis will now include androgen treatment and further analysis will be carried out.

The relative telomere length assay was standardized using a relative quantitation method (Cowthan, 2002; O’Callaghan, 2011). The telomere length measurement will be done for the normal CD34 cells in culture and also after androgen treatment. Moreover patients on these drugs will also be assessed serially for telomere length.

The response to androgen treatment is varied among patients. Metabolism of androgens and clearance can differ between individuals. Immune regulation can be modulated by androgens. This study aims to analyze these parameters in responders and non-responders and elucidate determinants of response

Sixty seven patients who have taken androgens have been recruited so far. Males were slightly higher than females (n=37 vs n=30). Majority of them were severe and very severe aplastic anemia (42%) and 28% of them were non-severe AA. Three cases with Fanconi anemia and eight cases with MDS were also included. Peripheral blood/ Bone marrow aspirate was collected at diagnosis. Serum was separated and is stored at -80°C for further analysis.

Pure compounds of Stanazolol and Danazol were commercially obtained from Sigma Aldrich. A stock solution of 1mg/ml was prepared using acetonitrile. An intermediate stock solution (100ug/ml) was prepared by 1 in 10 dilution of the stock. A serial dilution (1 in 2) was made to different concentrations ranging from 100ug/ml to 6.25ug/ml.

An HPLC based assay was standardized using these set of standards. A C-18 column was used with acetonitrile as the mobile phase. The detection was using a diode array detector at 230nm for and 280nm for Stanozolol and Danazol respectively. A linear good fit standard curve was obtained and now the serum samples need to be processed. Since the method is now established, we will now analyze the patients’ samples for drug levels and correlate them with response.