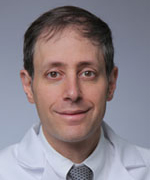 Paroxysmal Nocturnal Hemoglobinuria (PNH) is a disorder in which  bone marrow failure is an important feature. The bone marrow failure in PNH is similar or identical to that which occurs in aplastic anemia. However, PNH has a few other features, some of which are well understood and some of which are not . One of the features that is not well understood in PNH includes the  expansion of an abnormal stem cell clone in the bone marrow (called clonal expansion) which can by itself provide a very large percentage of the patient's blood cells. This clone has as its feature the presence of a mutation in a gene called PIG-A. Different patients have different types of mutations in this gene, but it is always in this gene.  It has long been suspected that there may be other genes with mutations, but with the exception of two patients reported years ago, no other mutations have been found in patients with PNH. The other feature that is not well understood is a tendency of the blood to form clots in patients with PNH. We have recently found 4 patients with PNH who have a mutation in genes other than PIG-A--  the JAK2 and the TET2 genes. Three out of these 4 patients have had blood clots, and all of the them have a relatively high number of platelets (the type of cell that starts the clotting process) as well as large percentage of cells that come from the abnormal clone. We are now planning, with the generous support of the Aplastic Anemia and MDS International Foundation, to test a larger number of patients for mutations in these two genes to see how often mutations in TET2 and JAK2 contribute to clonal expanion. We are also going to test the idea that clotting in PNH patients is related to the total number of platelets that come from this abnormal clone as well as the idea that mutations in genes such as JAK2 and TET2 may be driving up the number of abnormal platelets and therefore contributing to the risk of clotting.

Paroxysmal Nocturnal Hemoglobinuria can be thought of as a genetic disease because it is associated with mutations (a permanent change in the DNA sequence of a gene). However, the mutations in PNH are not inherited and are not passed down to the next generation. Rather, they are acquired, later in life, and they occur only in cells of the bone marrow, rather than in every cell of the body (as in inherited diseases). It is widely believed that aplastic anemia is the driving force that promotes the expansion of PNH cells in patients with this disorder. While it is understood that mutations in the PIG-A gene are the hallmark of PNH, mutations in other genes may be driving the expansion of PNH cells in some patients. We previously found 3 patients who had a mutation in a gene called JAK2. This prompted us to look at a larger set of patients (19 patients) and we did not find any additional patients with a JAK2 mutation. However, we have found one patient who has a mutation in a gene called TET2. Recently, we have found another unusual patient who has a JAK2 mutation and a mutation called a “BCR-ABL fusion” in addition to PNH. The mutations involving JAK2, TET2 and the BCR-ABL genes are involved in a set of conditions called myeloproliferative diseases (MPD). MPD is different from PNH (though there are some similarities), but MPD really seems to be just the opposite of aplastic anemia, in that patients with MPD typically have high blood counts rather than low blood counts. Our findings raise the possibility that in a small subset of patients with PNH, there are features of MPD rather than aplastic anemia and that this is driving the expansion of PNH cells in this subset of patients.

One feature that PNH does have in common with MPD is that there is a tendency to form blood clots inappropriately in both disorders. The patient that had the TET2 mutation as well as 2 of the 4 patients with the JAK2 mutation had serious clotting problems, and they tended to have much higher platelet counts than typically seen in patients with PNH. This led us to speculate that the concentration of platelets in the circulation that have the PNH abnormality may be the most important factor in determining who develops a blood clot. This number can be estimated from the platelet count and the percentage of PNH white cells. In the past there have been tests to identify platelets with the PNH abnormality directly by flow cytometry, but there have been some technical difficulties with this. We have recently had some progress in developing this assay using more recently developed reagents. We think that the technique we have developed will better allow us to address this interesting question as to why some patients with PNH develop blood clots and others do not.

PNH is a benign disease that is closely related to aplastic anemia but only rarely progresses to other more serious bone marrow diseases. The other diseases that PNH will very rarely turn into include myelodysplasia, leukemia, and myeloproliferative diseases. We wanted to determine whether two genes that are very commonly mutated in these more serious diseases—TET2 and JAK2—are commonly mutated in PNH. We looked only at patients who had large PNH clones. Although we had previously found the JAK2 mutation in rare patients with PNH, in a larger set of patients we did not find any with this mutation. We did find one patient with a mutation in the TET2 gene, out of 19 patients with large PNH clones. This one patient was interesting in that almost all of the cells had the PNH abnormality but the TET2 mutation was present in a much smaller percentage of her white cells and was detectable in a fraction of red blood cells that had retained their nucleus. By this analysis, we could determine that the TET2 mutation was not necessary for the establishment of the PNH clone. Rather, we believe that bone marrow failure, such as in aplastic anemia, selects for PNH clones without second mutations being critical for the development of the disease . These findings suggests that these mutations that commonly drive leukemia and other more serious blood diseases are only rarely important in driving the expansion of PNH cells in patients with large PNH cell populations.

We are also interested in developing a test to determine the percentage of platelets in patients with PNH that have the same abnormality as the red cells and granulocytes. This is important because we do not understand why some patients with PNH develop blood clots and we suspect that it may be related to the number of circulating PNH platelets. We have found that a combination of the FLAER reagent and anti-CD59 as well as a special technique for separating the platelets from blood samples may allow a routine measurement of PNH platelets, something which previously has been technically difficult. We have been able to overcome previous difficulties by treating the platelets with aspirin, and by using a gel that separates them from the clotting proteins, and both of these steps helps prevents the platelets from sticking together. We have analyzed patients with various size PNH clones, including those with aplastic anemia and PNH as well as normal samples, and we have found that the percentage of PNH platelets often goes together with the percentage of PNH red cells and granulocytes, but not always. We compared patients who had clots with those who did not have clots. In a group of 16 patients who had had clots the percentage of PNH  red cells, white cells,  and platelets, on average was and 23% ,82%, and 65%. In a group of 32 patients who never had a clot, the percent PNH cells, on average 24% for the red cells, 86% for the white cells, and 76% for the platelets. We do not think that any differences between these two groups was significant.  We identified  two patients with almost no detectable PNH red cells and over 90% PNH white cells, an unusual situation that does not come up often. For these, the proportion of PNH platelets was over 90%, suggesting that they would be at risk of blood clots even though they did not have much break down of red cells. Both were had been on preventive medicines and neither had thrombosis. It is predicted that this technique may be useful for determining thrombosis risk in patients such as this. Studies are ongoing to determine the relationship between the results obtained with this technique and the risk of thrombosis and other features of patients with PNH and bone marrow failure.

Dr. David Araten is an assistant professor in the Division of Hematology at the NYU School of Medicine in New York City. Prior to holding this position, he worked as an assistant professor and instructor in hematology at Memorial Sloan-Kettering Cancer Center, also in New York City. His residency was in internal medicine at Columbia-Presbyterian Medical Center and received his medical degree from Harvard Medical School in Boston. Dr. Araten’s research has focused largely on PNH and he has published in a wide variety of peer reviewed journals on this topic. He is also a recipient of the 1997 New Researcher Award & Vernille Family Fund Research Grant awarded by the Aplastic Anemia and MDS International Foundation.