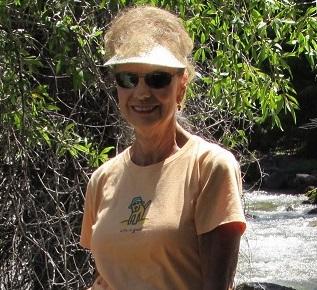 I am 76 years old and have had MDS for 13 years. I have the 5q deletion and am classified as relatively low risk. I have been treated with erythropoietin (Procrit®), G-CSF, (Neupogen®), azacitidine, (Vidaza®) and deferoxamine (Desferal®). My hemoglobin ranges from 9.2 to 7.2. I have had 4 transfusions so far this year which is more than usual for me and my last azacitidine (Vidaza®) treatment in June didn't seem to have much benefit.

I live in Colorado at 8600 feet elevation, and it is difficult to take walks or hikes like I used to, because of the lack of oxygen. We are planning to move next year to Denver or Fort Collins where the elevation is closer to 5000 feet.

In the summer of 2002, before I was diagnosed, one night when I got up, I fell on the floor for no apparent reason. At that time I was working in commercial real estate, which I did for 27 years before retiring 3 years ago.  In 2002, I had a stressful job with a demanding company, and I began to feel very tired, heart pounding, while becoming very pale and weak.  This summer, when driving 45 miles each way to work, I was finding it necessary to stop and rest halfway so I could drive the rest of the way to work or home.  I went to my primary care physician twice and he determined that my lung function was low and prescribed an inhaler. I went to a cardiologist twice and he determined that I had mitral valve prolapse.

In July, I accepted an offer for a new job. During my last two weeks at the job I was leaving, I went to the eye doctor because I would no longer have vision insurance. The eye doctor saw blood in my eyes and sent me for more tests and a complete blood count (CBC). I got a call on the first day of my new job from my primary care doctor telling me to go immediately to the hospital. I drove myself to the hospital and the person there asked me how I was walking because my hemoglobin was 3.00 and my white cell count was 1.00.

I spent a week in the hospital, got 7 units of blood and a bone marrow biopsy. I was then diagnosed with MDS by a hematologist. As a side note, my daughter is a nurse and she and my husband were only days away from taking me to the ER.

I am doing better now, staying more stable, but I'm now fighting high iron overload because of transfusions.  I’m using deferoxamine (Desferal®) once a week to keep my iron levels in check.  I have recently had several courses of Vidaza®.  They worked well for me in the beginning, but the last two sessions have yielded no good results which leads to more frequent transfusions and higher iron counts.

I now wonder why doctors I first saw did not do a CBC based on my symptoms. If I had been checked more thoroughly by either doctor, I may have been diagnosed sooner.

The last year has been fairly uneventful. I had another round of azacitidine (Vidaza®) in January at which time I did not receive the proper premeds. This resulted in a bad reaction in liver and kidney function. I recovered, but have been reluctant to have azacitdine since then.

I am still receiving blood transfusions every 7 to 8 weeks and this plus my weekly deferoxamine (Desferal®) infusion and epoetin alfa (Procrit®) and filgrastim (Neupogen®) shots are keeping me close to stable.

I did receive a grant for 12 months for another iron chelating medication, deferasirox (Jadenu®) which I began in the summer, although this required tests for iron, liver and kidney levels before I could begin treatment. The last iron test in October showed some improvement. My ferritin dropped from 1500 in August to 1200. I went 12 weeks between transfusions this time, which was an improvement from earlier in the year.

In June, we moved from our mountain home at 8400 feet elevation to the Denver suburbs which is at 5240 feet elevation. This did relieve some of the symptoms that the high elevation brings on. I still have some symptoms, but not as severe-- and it is half the drive time to the doctor’s office and hospital.

I had my doctor visit for the last time in 2016 and thus concludes the 14th year of my life with MDS.  It appears that the Jadenu® is working as my iron is about the same at 1368.  The doctor is going to try to renew my "grant" and get it for two pills a day instead of one.  I also had a blood transfusion yesterday and this time is was after 6 weeks. Since I had a bad reaction to Vidaza® last January, we are not discussing doing it again, at least for a while. Living at a lower altitude is much better, and I seem to feel better and have less severe symptoms than I did at 8200 feet elevation.  So, on to another year with the hopes that I can continue to be rather stable or even see some improvement.