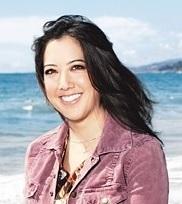 34-year-old Krissy Kobata is a passionate patient and advocate/activist. Diagnosed in 2008 with MDS, she’s the epitome of resilience as she has waited for years to find a matched donor. She has devoted this time to helping other patients by enlarging the Be The Match® bone marrow registry. She’s directed numerous bone marrow drives and fundraisers, bringing thousands of new DNA donors to the national registry. However, her own path to finding a donor has been challenging and frustrating.

Her family and friends, collectively known as Team Krissy, (also found on Facebook) are dedicated to her quest to find a match and to the broader set of challenges faced by multiracial persons seeking a bone marrow match. Family and friends from Team Krissy have participated in AAMDSIF March for Marrow Walks since 2010.  Team Krissy has also partnered with several other groups, including the Asian-American Donor Program, Asians for Miracle Marrow Matches (A3M), and Mixed Marrow.

Krissy’s plight has received wide attention, including a 2012 article in Glamour Magazine, and recently in the professional sports field when a supportive tweet from a top sports agent was retweeted by football great Tom Brady. Soon other celebrities joined him on Twitter to cheer on Team Krissy. However, her multiracial heritage (Asian father, Caucasian mother) has made it difficult for her to find a matched donor, and a health issue in a promising candidate ruled them out. Like many bone marrow failure patients, Krissy’s journey has been tough but marked by courage and an unflagging hope that all bone marrow failure patients have a healthier tomorrow. Go Team Krissy!