“Our current work demonstrates that stimulating remaining stem cells with a drug that mimics the actions of a natural growth substance for marrow stem cells while suppressing the immune system improves the likelihood, quality and speed of recovery in seriously ill severe aplastic anemia patients.” – Danielle Townsley, MD

How was eltrombopag originally considered to be tried in aplastic anemia?

At first, we had only hoped eltrombopag would improve the platelet transfusion frequency in patients who had not adequately responded to immunosuppressive therapy (IST). These refractory patients were continuing to require weekly transfusions for platelets and we hoped to improve their transfusion burden by giving them a drug known to be a growth factor for platelets. To our surprise, we observed not only an improvement in platelet counts but also noticed recovering red and white blood cells numbers. Although the magnitude of the response was somewhat unexpected, it made biological sense because the target of eltrombopag, the MPL receptor, can also be found on blood stem cells.

This new eltrombopag study is for all untreated severe aplastic anemia patients. Did this study evolve from earlier work or was it a freestanding, new point of inquiry?

Very often, new drugs are first tested in scenarios where patients have failed to respond to all other available treatments. So when we see some promise in that setting, the next step is to investigate its activity when added to an established standard therapy, and that is what was done here.

How was the criteria of the three study cohorts determined?

This study was first envisioned with just one cohort – a group of newly diagnosed
severe aplastic anemia patients who received eltrombopag in combination with conventional IST (horse ATG and cyclosporine).  Eltrombopag was started two weeks after receiving ATG and starting cyclosporine to allow time to recover from the side effects of ATG. When we saw improvement in the complete overall response rate at six months, we used this observation to inform the treatment schedule for the subsequent cohort of patients. For the second cohort, we wondered if less eltrombopag could achieve the same result and stopped administering eltrombopag at three months. However, responses in the second cohort were lower and we determined that a longer treatment period of eltrombopag was needed and perhaps administered without delay. In the third cohort, participants started all three medications immediately and continued the eltrombopag for the entire six months. In each cohort we adjusted the timing of adding eltrombopag to ATG and cyclosporine based on the results of the prior cohort. We call this an adaptive study design – it wasn’t all envisioned at the start.

Were there any other general aims as the study got started?

The general aim of the study was to see if adding eltrombopag to standard immunosuppression would be efficacious and safe. We aimed to see if the addition of eltrombopag would improve the complete response rate at six months, i.e. increase the proportion of patients at six months with near normal blood counts. Historically, only around 10-15% of patients achieve this after IST. With this combination therapy, we observed a complete response rate of 39%. Furthermore, we noted that overall 87% of patients responded (94% in the third cohort that received eltrombopag for the maximal duration). These rates are about 20% higher than the response rates in our patients treated historically with ATG and cyclosporine alone.

We also searched for any signals prior to treatment that could predict which patients were more or less likely to respond. One factor was age, which we knew about from previous NIH studies – younger patients responded at higher rates than older patients, and we found that to be the case in this study also. When we explored the data further, we also noticed that telomere length – they are the bits at the end of the chromosomes – also indicated whether patients would respond to the treatment. Telomeres get shorter with cell divisions and may represent how exhausted the bone marrow is prior to treatment. Patients who had shorter telomeres at the start of therapy and therefore more exhausted bone marrow were less likely to respond.

This study was described as a “phase 1-2 study”. Does this mean phases 1 and 2 run concurrently, or run sequentially?

Phase 1 studies investigate dosage and toxicity information about a drug. Based on these results, subsequent phase 2 trials examine whether -- and to what extent -- the drug is effective for treating the disease while still extending the knowledge about side effects. Phase 3 studies aim to measure more precisely how efficacious a drug is and more precisely identify the safety profile for a drug. Increasing this precision requires hundreds to thousands of patient volunteers.

NIH is one of the few institutions where you might see a study classified as “phase 1 / 2”, since many of our studies involve rare diseases where we need to answer questions about safety and efficacy using a small number of volunteers as these diseases are so infrequent. For this study, we combined both approaches to happen at once, so it was a concurrent effort.  We weren’t sure if eltrombopag would be helpful and we didn’t know if it would be safe to give in combination with IST. So in this case, we really had to examine both efficacy and toxicity at once.

What toxicities/side effects were observed?

There were some side effects related to eltrombopag when we gave the combination therapy, but it was generally well tolerated across all patients in the study. The most serious side effect was severe skin rashes in two patients which required discontinuation of eltrombopag, but they completely resolved.

What were the most important and most surprising findings?

For over 30 years, NIH has been trying to improve the response rates to conventional IST. Nothing we tried was successful. Immunosuppressive therapies have been successful in blocking the immune system that destroys bone marrow stem cells in aplastic anemia patients.  The current work demonstrates that stimulating remaining stem cells with a drug mimicking the actions of a natural growth substance for marrow stem cells while suppressing the immune system improves the likelihood, quality and speed of recovery in seriously ill patients.

Could this have an impact on how and when stem cell transplants are used in aplastic anemia treatment?

There’s a study going on right now in Europe called RACE (NCT02099747). It’s the same combination therapy as we were doing, but some patients are randomly assigned to receive a sugar pill/placebo instead of eltrombopag – whereas in our study all patients received eltrombopag, ATG and cyclosporine. We will be observing this study for confirmation of our results.

Additionally, we need to observe patients treated with the combination longer to determine how the addition of eltrombopag may impact the risk of clonal evolution to MDS. A small portion (10-20%) of patients with aplastic anemia can develop MDS over the course of 10 years. We need to see how patients fare over many years following this therapy, paying particular attention to survival, relapse and rate of clonal evolution. Thus far, the findings are encouraging, but the patients in our study have only been followed for a couple of years. Once we have that longer follow-up data, we can compare it to the same data following transplant.

The primary outcome, improvement in complete response rate, is a good signal that the therapy is promising, but we also want to know about overall survival and survival free of any blood problem. This is why it is so important that patients volunteer to participate in studies and we at NIH are particularly appreciative of patients returning to NIH to be seen for many years after their treatment. This allows us to report how patients do long term.

We compared the results from the combination therapy with that of our historic results with IST alone, and the rate of clonal evolution and survival are similar. At least at this point in follow up, we’re encouraged but we can’t say for sure until there’s a longer follow up term – at least a few more years, and further confirmation from the European RACE study.

How much of a role did the data on self-reported health outcomes play in evaluating a trial like this?

With improved blood counts and lessened need for transfusions, it’s intuitive to think that patients will feel better when their blood counts improve. Still, we wanted to survey patients and more accurately confirm that their quality of life was better. We do this with well-validated surveys in medical research and included these surveys in this study. Not many studies of aplastic anemia have included this component. So we wanted it to be part of this study, and we were glad to see that patients’ perception of their quality of life improved right along with their clinical outcomes.

What are they key points for newly diagnosed and longer term severe aplastic anemia patients to remember about this study?

Based on our study and the one that preceded it, eltrombopag is now becoming a very promising therapy for patients with severe aplastic anemia who do not have a stem cell transplantation option or for whom transplantation is too risky. It may eventually be a viable therapy by itself or in combination with cyclosporine alone – something we will be testing here at NIH in our next study. We believe it will be useful in locations where ATG is unavailable, with patients who can’t tolerate ATG, and for patients who are more likely to respond to combination therapy that includes eltrombopag.

However, in newly diagnosed severe aplastic anemia it’s not yet clear whether eltrombopag will be something that all patients should receive. Whether it becomes a label indication that patients can receive from their own doctors has a lot do to with what happens when this study comes up for FDA review. But we believe the results are encouraging.

Are other studies in progress at NIH for aplastic anemia?

One new study is already underway – a protocol to try to prevent relapse in patients who remain on cyclosporine and are at risk of relapse when they stop. Long term, the effects of cyclosporine on the kidneys can be harmful. Approximately one-third of patients relapse when cyclosporine is discontinued.

Because of this, we are investigating whether brief treatment with another oral immunosuppressant drug, called sirolimus (also known as rapamycin), can prevent relapse from occurring. This is a study for patients who had improvement of their blood counts following IST but remain on cyclosporine. In our study, we randomly assign participants to stop cyclosporine and receive sirolimus for 3 months, versus just stopping cyclosporine.  We hope sirolimus will re-train the immune system to be more tolerant of the bone marrow stem cells and not attack them, as occurs in relapse.

Eltrombopag is under study in other NIH protocols and at academic institutions to treat additional types of bone marrow failure. At NIH, we are currently planning a study that investigates the use of eltrombopag in Fanconi anemia, an inherited bone marrow failure syndrome that mostly affects children and young adults. Eltrombopag may also benefit patients in developing countries where aplastic anemia is more common and bone marrow transplantation and other intensive therapies for marrow failure are unavailable. 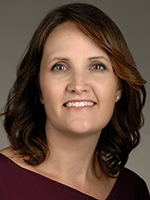 Dr. Danielle Townsley is an Associate Director in Clinical Development, Oncology at Medimmune in Gaithersburg, Maryland. She received a Bachelor’s Degree at the University of California, San Diego in 1999 and a Master’s Degree in Epidemiology from the University of Edinburgh, Scotland in 2002. She completed her MD in 2006 and internal medicine residency at the George Washington University in 2009.  In 2011, she completed her hematology fellowship at the NIH and subsequently became a principal investigator on multiple clinical trials within the bone marrow failure program at the National Heart Lung and Blood Institute (NHLBI) under the leadership of Dr. Neal Young. She led clinical studies investigating the use of eltrombopag (Promacta) for aplastic anemia and myelodysplastic syndromes, and danazol for inherited bone marrow failure. Currently she oversees early stage development of biologic therapeutics for a variety of hematologic malignancies and solid tumors.