What is the difference between acquired and inherited bone marrow failure disease?

Hereditary bone marrow failure results from a genetic predisposition that makes marrow failure more likely to occur. There’s a wide variety of inherited bone marrow failure diseases that are caused by mutations in a wide range of pathways. Some involve DNA repair issues, some involve ribosome issues, (which are the enzymes that help translate the protein in our bodies) and others involve telomere diseases (the ends of our chromosomes that protect our DNA).

The mutations that lead to these diseases are in the DNA right from birth. The problems with these pathways lead to bone marrow failure. These often involve the accumulation of damage to the function of fast-dividing cells, such as in bone marrow.

Even though the origins of bone marrow failure can be different, are the treatments the same?

Knowing how aplastic anemia originated is important because it helps determine the proper course of treatment. Some treatments are the same, but some are not. The common treatment they share is bone marrow/stem cell transplantation. This provides a new immune system to replace the one that no longer works, and has been functionally destroyed.

We do use chemotherapy for both categories of aplastic anemia, but the type and strength of this chemotherapy is often very different. The majority of inherited marrow failures are very sensitive to specific types of and doses of chemotherapy and the patient could be harmed if the wrong type of chemotherapy was chosen.

In acquired aplastic anemia, there’s an opportunity to reset or ‘reboot’ the abnormal immune system. In some patients who don’t have a matched sibling donor, instead of going to transplant we can try to reset the misbehaving immune system to retrain it to work properly and get rid of the cells that are attacking and destroying stem cells -- thus allowing the stem cells to repopulate the bone marrow. That’s not an option in inherited aplastic anemia—most patients have no response or if they do, it’s very short-lived if this is tried.

Why is that inherited aplastic anemia sometimes has other very rare disorders that also occur with it?

Inherited aplastic anemia is a systemic disease, so the entire body has a particular genetic predisposition toward it. This is generally a problem with a particular pathway that tries to prevent accumulation of DNA damage over time or helps fast dividing cells like stem cells. Because the bone marrow is such an active part of the body, it often runs into trouble in these diseases because it is busy all the time creating blood.

These processes may have been going for years without anyone knowing it. But once patients start having symptoms of aplastic anemia, then they have medical examinations that trace back the cause and that’s when the discovery of inherited aplastic anemia and a family history is made.

Even though MDS has far less of a link to a hereditary component, there are still very rare instances where multiple members of a family, (including parents, children and grandparents) have MDS. What is at work here?

That’s an area of current, active research. Many of the inherited marrow failures also have a predisposition to MDS. So if you have multiple family members with MDS you should think about inherited marrow failure syndromes. There are many more diseases that are just beginning to be discovered, such as GATA-2. This a recent example showing that people who may not be predisposed to aplastic anemia may have a high risk of MDS. There are particular pathways at work that lead to the development of MDS, and research is ongoing to understand just why this happens.

How important is it for patients and families to be concerned about the origin of the disease if the real focus is be on treating it?

It’s critical, especially in pediatrics. 20 to 30% of pediatric aplastic anemia is thought to be inherited. So that’s a quarter of this pediatric population whose treatment could be dramatically different!  Here, you could really cause harm by choosing the wrong therapy, and that would also be a reason to make sure other family members aren’t at risk. Another reason why it is important to know about inherited aplastic anemia is because a potential sibling donor could also have it, even if they are asymptomatic, and then the transplant wouldn’t be successful. 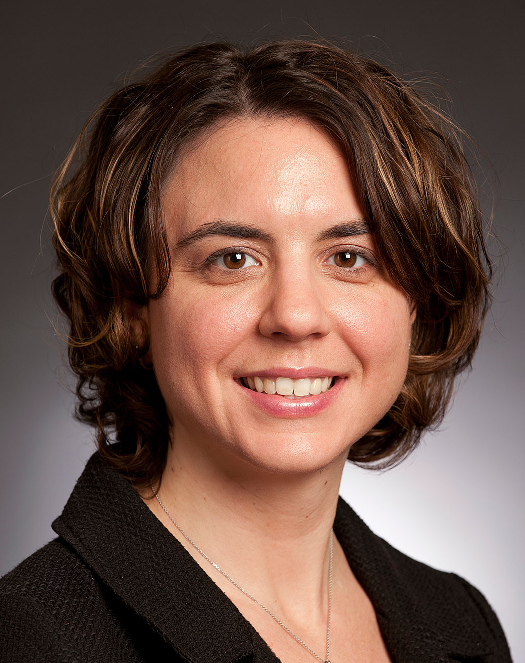 Dr. Kasiani Myers received her medical degree from Case Western Reserve University and pursued training in pediatrics and hematology/oncology at Cincinnati Children’s Hospital Medical Center. After completion of her postdoctoral training, she joined the faculty of the Division of Bone Marrow Transplantation and Immune Deficiency at Cincinnati Children’s Hospital Medical Center within the University of Cincinnati Department of Pediatrics. She is a recipient of the Procter Scholar Award to support her translational research in the field of bone marrow failure, including Fanconi anemia and Shwachman Diamond syndrome.